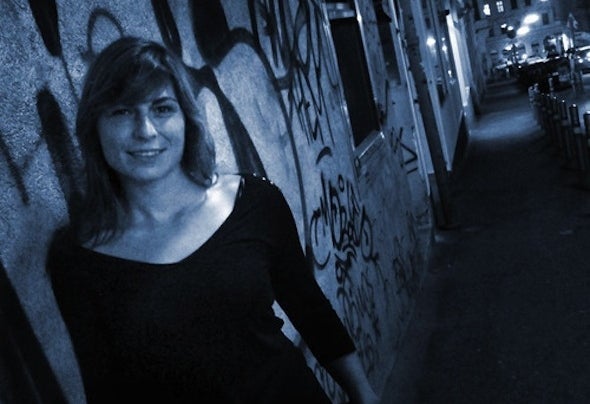 Anatomica is the chosen aka by Ana Molina to define the internal and musical feeling that comes from this promising artist. Born in Jaen (Spain), but now resident in Ibiza, she has learnt how to take advantage of the contrasts the island has to offer, to create her own sound and style. With her background as Dj, and her later studies as Sound Engineer, her productions are ‘drawn’ by techno, melodic landscapes and feminine touches ‘Made in Ibiza’. Related to music since she was a little girl, her likes are influenced by the 80’s, plus current artists of the progressive house scene nowadays, as Digweed, Henry Saiz, Cora Novoa or James Holden. Her passion for sound in all scenarios is the reason she got into the world of Films and TV. Since 2006 she collaborates with Zona6 (Ibiza sound school and production company), where she works as sound engineer for independent Film and TV projects, while she combines her musical productions with the composition of documentary soundtracks and arrangements for the Film industry. 2011 was a decisive year in her musical career, as her first release will be out on Madberlin Label, headed by Ioan Gamboa. These tracks are an example of her special touch and lovely talent, which combines with the careful work of her future live set. Great this will come to this talented young lady.