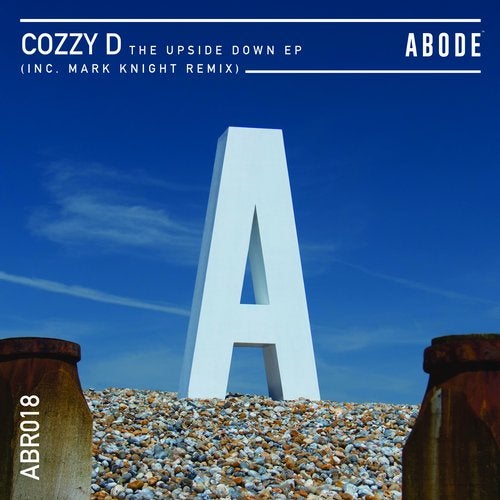 Cozzy D debuts on the mighty Abode label, an imprint that continues to impress release after release lately. Cozzy has been working his way up the ranks for several years now, recent highlights have included a South America tour of Colombia & Peru, London appearances for Sankeys, Get Diverted and of course he has also been ripping up the terrace at Studio 338 for the Abode crew!

Musical highlights have landed on impressive imprints such as Viva Music, Robsoul, Kaluki and Mother Recordings, and support on his music comes in from all corners of the Globe. This EP epitomises Cozzy's sound and embraces the fun side of the house genre but remains tough enough to sit in tech house sets also. 'The Upside Down' is a chunky affair that gallops along nicely with a groovy bass line while the flip 'Legs In The Air' uses some great percussion to add a Summery, tribal feel to proceedings. Toolroom don Mark Knight provides the remix here and turns 'The Upside Down' into a real peak-time bomb that has been doing damage in his sets over the past couple of Months!

The Upside Down EP