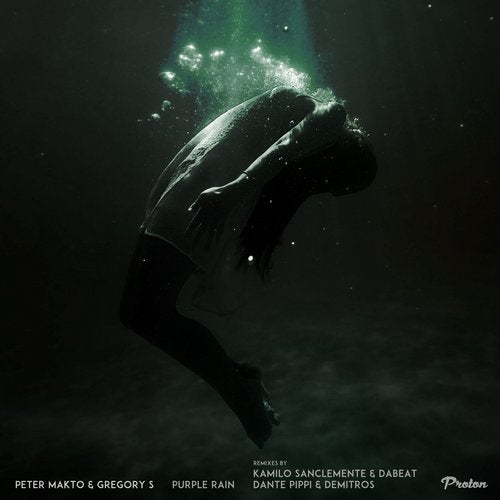 As the seasons changed, late summer heralded "Purple Rain" for Peter Makto and Gregory S in September 2018. Now returning to the EP, a quartet of artists from South America reinterpret both tracks.

A Colombian artist with a rapidly growing reputation for producing high-quality underground progressive house, Kamilo Sanclemente continues to impress from his Cali home in the southwest of the country. A regular on the likes of Clubsonica Records, FSOE UV and Darin Epsilon's Perspectives Digital, some 200 production credits can be found against his name in a prolific period between 2017 and 2018. August 2017 marked a debut for Particles with the three-track "Revelations" EP, followed by "Eva" in May 2018. January 2019 marked a debut for Proton Music in the shape of the beautiful "Spiral Patters". Joined by sometime collaboration partner and fellow Colombian, Dabeat, the pair saw the track remixed by iconic Brazilian artist, Andre Sobota. Coming together on a clutch of blue-chip releases for the likes of Soundteller and BeatFreak Recordings, February 2019 marked a high-point for the duo with the release of "Your Smile is Priceless" on Mango Alley. Now returning to Proton Music, Kamilo Sanclemente and Dabeat have created a wonderful interpretation of "Purple Rain" that sits upon an intricate percussive framework. The central melodic theme of the original punctures the mid-range, intelligently effected to create a new cadence, while a glorious array of additional production material makes its presence felt through rippling arpeggio sequence and rich pads. The result is typically impressive result that illustrates why the duo's sound is proving so popular.

Another South American pairing of burgeoning reputation, the Brazilian duo of Demitros and Dante Pippi continue to "awaken evolving minds" with their unique blend of ticking percussive grooves and dynamic melodies. Both successful artists in their own rights, the pair have found their work allied to a selection of high-calibre imprints that include Balkan Connection, One Of A Kind and an outing on the successful Visceral compilation series. Moreover, a high-profile remix of Pole Folder in August 2018 paved the way for the four-track "When You Get There" EP which featured a reciprocal mix from the iconic Belgian DJ and producer. Gaining further traction at the end of 2018 with a remix for UK trio, Trilucid and Phil Martyn, it is an honour to welcome Demitros and Dante Pippi to Proton Music with their reworking of "Grey Rain". Immediately recognisable with its intelligent use of the bassline so central to Peter Makto and Gregory S' track, a pulsating percussive rhythm is joined by a raft of new melodic phrases and arpeggiated sequence. Evolving elegantly, the track hits its stride in the third movement with a dynamic combination of broken-beat rhythm and melody that is certain to find favour with club-goers across South America and beyond.

Remixes from Kamilo Sanclemente and Dabeat and Demitros and Dante Pippi have continued a torrent of creativity in Peter Makto and Gregory S' "Purple Rain".