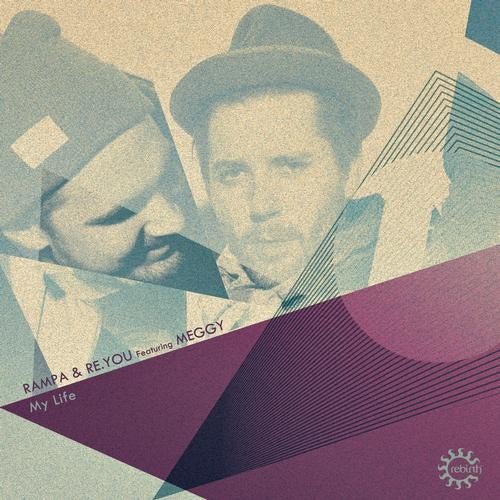 After releasing Inside with Nomi Ruiz in 2009, Germany hot producer Rampa, is back on Rebirth with another strong vocal track ! This time the result of the sinergy with his fellow producer Re.You ! The virtually indestructible rave banger Work on Rampas label Keinemusik established them as club hits machine, followed by productions on labels like Cocoon, Souvenir, Gigolo and a remix for Michel Cleis worldwide floorfiller La Mezcla on Strictly Rhythm plus diverse co-productions with Tiefschwarz feat. DOP, Ruede Hagelstein and others. Their live-project is also irresistible, covering a spectrum between elegant deepness and unrestrained mayhem, without ever losing the sight of the peaktime fever curve. My Life featuring the vocals of Meggy is a modern soulful number, with warm sounds and effective beats...a very cool deep summer little anthem. On the remix front Till Von Sein and Tigerskin get in the studio to produce a strong house reinterpretation, keeping the original elements and adding a fierce bass line ! Kingston based Menik proves to be a name to watch, exploring different worlds, and delivering something fresh and forward thinking !