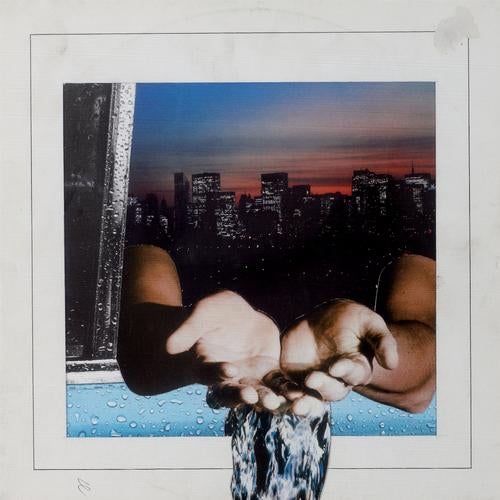 John Gazoo's 2nd 12'' is falling again graciously in our Compost Disco cosmos. His previous top tune «What Happened» was so well appreciated by so many DJs, lot of them still playin that tune again and again. So we are proud to presenting his new disco smash here. «Midnight Runner» oozes soul, funkyness and the wahwah infected undisputed truth of the Seventies. Also «Next One in Dark» is a cool stunning tune, riding high at the tested floors. As a new force on the scene, Düsseldorfer John Gazoo is an amazing good DJ, too, we recently had him over in Munich for a great party, and he knows how to use his powerful weapons in different scenarios.
The cover images of Compost Disco are created by Benjamin Roeder (Spectacle).

Selected quotes about «What Happened» (Codis 003):

Authentic quality disco with a modern twist. Full support. // Dom Servini
Love this.. both tracks should appeal as much to the deep house crew as the disco, soul, fink , family... have tracklisted times square for faith radio next week , thanks for the great music // Stuart Patterson
Nice one! many little details... This one's workin very well! Thanks. // SHOW-B
Played it so often....sounded nice! A classic! // Rainer Trueby
Cool oldscool vibe // Magda
Absolutely stunning, amazing !!! another Hit Record on composts new disco label !!! real 77 disco. John Gazoo in best form. every track on this 12" is it worth to be played on and on... and I am gonna play it on and on... nothing left to say... great release !! // Steve Morell
Compost Disco is on a roll; really good EP of modern disco goodies. Kinda blending American and Italo, though more on the acoustic end, and still coming out smelling fresh. Keep it coming! // Velanche