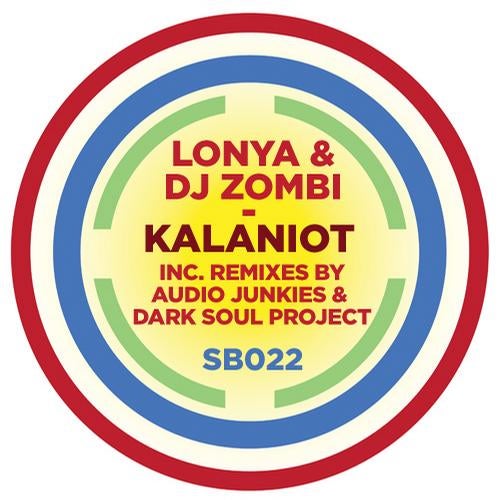 Lonya has blazing a musical trail over the last couple of years. His sophisticated, melodic and rich textured productions, whilst often bearing a resemblance to past progressive sounds, reach far further into the modern musical consciousness. Lonya's short but sparkling discography has seen him release on labels including Supplemental, Bpitch Control, Konsequenz, Sweat Lodge and Elevation. Not only an artist, but also a label owner, running the rapidly growing, Asymmetric Recordings. Fond of working as a team, Lonya has already released a host of material alongside friends including Chaim, James Blonde Oliver Deutschmann and Hakimonu. Sudbeat 022 sees the Israeli once again playing tag-team, this time with Zombi, as the pair present "Kalanoit." The original is an anthem in the making, with its cinematic strings, angelic vocal and regal horns. The first of the remixes comes fellow Israeli's Audio Junkies, who whilst powering from the off with their big synth bass, create a mysterious atmosphere, once again with strings and vocal playing their part. The final mix is from the fair hands of the young Argentinian, Dark Soul Project. True to their name the mix is deep, epic and laden with drums and groove.