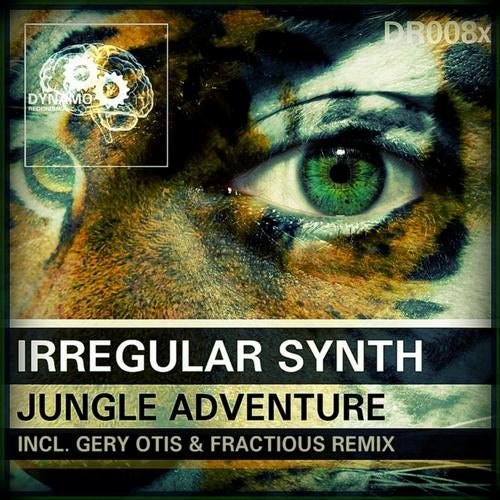 Here at Dynamo, we are big fans of the Neapolitan techno sound from Italy and this is a fine example. Irregular Synth can be found on labels such as Alchemy, Binary404, Amazing Records, Inside Orion to name a few.

First up 'Jungle Adventure' is a rolling moody groover, with crisp percussion and catchy hook which will get them floors moving. Throw in a crazy delay, fx and you have a bomb of a track on your hands. On remix duty we have Dynamo co-owner Fractious who delivers a tougher groove version, a subtle use of the original hook, interesting use of the effects, high end percussion and added snares.

Next up 'Hard Disk Fail' has a more peak time feel which grooves along nicely, with mid tune break down that introduces organic snares combined with a nice riser which smoothly enters back into the groove not to ruin any momentum. On the remix we have Gery Otis, also from Naples, who offers a quality analogue groover! Gery adds his signature snare percussion which will get them feet moving all night long!