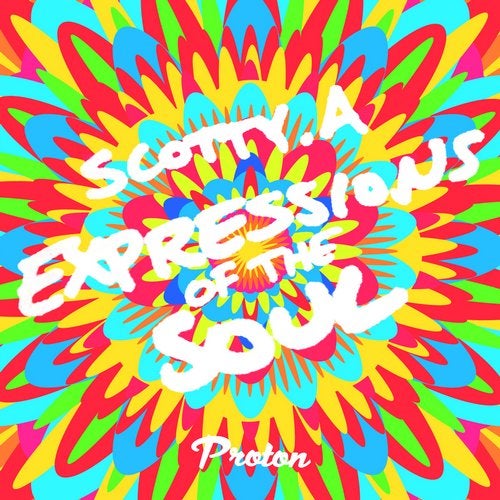 A year to remember has seen Scott Andrews emerge triumphant in 2013, further cementing a career that has risen steadily since he burst onto the underground house scene in 2011, as he now enters 2014 with his "Expressions of the Soul" for Proton Music. Under his Scotty.A contraction, Scott's notoriety in hometown DJ circles from the turn of the millennium in Norwich, has quickly blossomed into events across the UK and beyond. Subsequent appearances at Ministry of Sound, Turnmills, and Pacha in the London capital have been augmented by a series of impressive international gigs. Alongside such luminaries as Dave Seaman, Guy J and Oliver Lieb, Scotty.A has delivered a compelling blend of cross-genre underground sounds that have led to appearances at John Digweed's Bedrock night in London and an extraordinary performance at Sasha's New Year's Eve, Last Night On Earth event at London's famous Brixton Academy in front of 5,000 celebrating fans.

A similarly impressive production career first saw the Scotty.A name up in lights as a result of winning the Denis A remix competition for the track "Heroin". A subsequent release on DAR Digital launched a production career that has continued a steep upwards trajectory and has seen almost 100 Beatport production credits to his name on imprints such as ARVA, Axon, and Balkan Connection.

A productive year for Proton has seen a remix of Tvardovsky's "Path of Light" and a full release of "What makes Us Smile" for Particles, followed by the release of two original works for the flagship Proton Music label in the shape of "The World Turns" and "Natural Senses" EPs. Supported by Hernan Cattaneo, Ben Coda and Jacob Henry, Scotty.A now returns to Proton Music at the start of 2014 with the stunning twin-track, "Expressions of the Soul".

Opening track, "The Way She Smiles", sees Scott embracing his inimitable "hypnotic amalgamation of house, techno and electronica" with a tech house gem full of luscious sheen. Shimmering chord stabs weave a rhythmic pattern beneath swaying percussive hats and a bass line that prints its melodic underpinnings upon the listener's very soul. As textured layers evolve, ebbing and flowing with unconscious ease, the listener is treated to something very special indeed.

Partner track, "Soul Blossom", revels in underground progressive glory. Subtle melodic motifs full of glassy reverberated texture, play charmingly against a collage of soft hypnotic stabs and straight house beats to form a bed on which they lie in perfect harmony. A cadenced bass line completes the picture as is drives the track relentlessly onwards allowing the melodic components to flourish with majestic ease.

As Scotty.A continues on his path of musical enlightenment, his "Expressions of the Soul" are a source of rich spiritual nourishment.

Expressions of the Soul