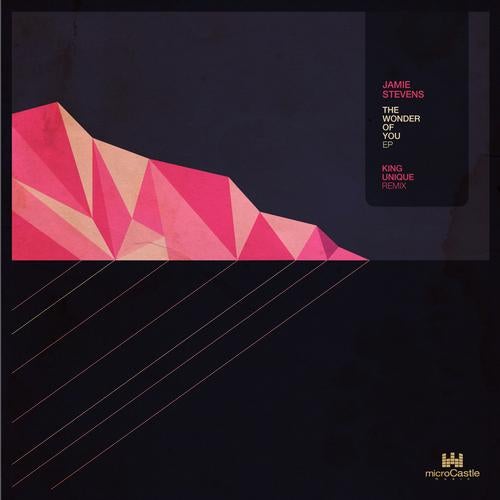 The 31st release on micoCastle sees Jamie Stevens returning to the label. The Aussie producer first appeared on the microCastle in April of 2012 with his remix of Cid Inc. & Lank 'Urban Biorhythm' which at years end turned out to be one of our favourite productions on the label. Jamie has achieved an amazing level of critical and commercial success over the course of his career. As one of Australia's most talented and sought after music producers, he has proven his skill in professional sound design, music scores for film and contemporary dance music. As the founding member of Infusion, the much-loved Australian electronic live act, he's left his mark around the globe, headlining some of the biggest and most respected clubs including; Fabric- London, Pacha - Buenos Aires, Womb- Tokyo and festivals such as Glastonbury, Coachella, Roskilde and Creamfields in Moscow, Brazil, UK and Argentina. In his home country, Infusion received 2 prestigious ARIA awards for their work. Here at microCastle we're thrilled to have Jamie back on the label with his first EP. 'The Wonder Of You' comes with three brand new original productions and a remix from King Unique. 'The Wonder Of You' sees Jamie with one of his most musical creations to date. The dusty guitars, faint vocal gates and romantic orchestras accent the deep, pulsating groove perfectly. As the gentle momentum of the piece grows the alluring musical themes become increasingly poignant. The warm rush of emotions and heavenly harmonic shifts following the drop deliver what is sure to be of the most blissful moments that you'll hear all year. A delicately beautiful composition with an immense amount of soul and emotion. This is a production that comes from heart.The lone remix of 'The Wonder Of You' is supplied by Matt Thomas aka King Unique who is returning to microCastle for his third appearance on the label. Formed in 2001 the King Unique production touch has appeared on more than fifty remixes and has yielded some of the biggest dance floor bombs known to man, most notably: Dirty Vegas' "Walk Into The Sun", Underworld's "Two Months Off" and The Killers "Somebody Told Me". For his 'The Wonder Of You' interpretation King Unique has masterfully reworked the track into a twisted behemoth of a record. The inimitable contrast of gut wrenching frequencies and orchestral beauty is both unique and inspired. The one and only Henry Saiz thinks so too as he says and we quote: "This shit is hot man. I'm gonna play it a lot!"
The second composition here 'Dandelion' complements the delicate beauty of 'The Wonder Of You' quite nicely. The rolling grooves and infectious rhythms carry sizable momentum as the piece builds mightily. Interwoven sections of xylophones and marimbas add some contemporary melodic content while the drummy break delivers just the right amount of tension for an exhilarating conclusion. The EP finishes with the electronica tinged 'Lullaby (Parts I+II)'. The celestial soundscapes and sonic accents that dominate the first half cleverly morph into a timeless piece of electronica. The wobbly grooves and idyllic themes then weave their way through a vibrant journey which draws a perfect conclusion to the EP.

The Wonder of You - EP