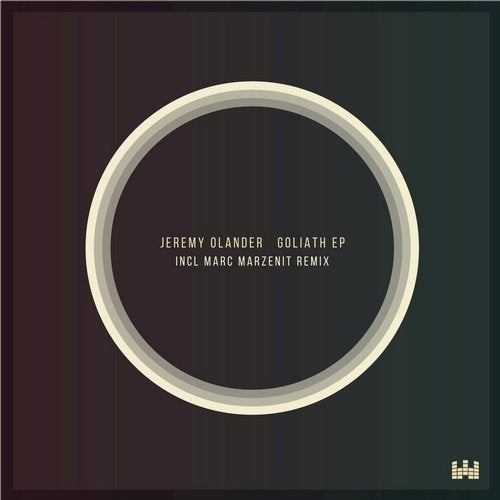 Long regarded as a purveyor of modern progressive house, Jeremy Olander has carved out a unique place in electronic music. With a repertoire that ranges from deep progressive house to vocal compositions to tough, drum-heavy techno, Jeremy is a perfect fit for the microCastle label. This unique balance of crossover appeal and underground reverence has earned him support from Carl Cox, Eric Prydz, Henry Saiz, John Digweed, Nicole Moudaber and BBC Radio 1 tastemaker Pete Tong. As a former primary contributor to the Pryda Friends imprint, he went on to be the first artist other than label boss Prydz to appear on the acclaimed Pryda Recordings; his 'Jackie' EP went straight to No.1 on the main Beatport Top 100 Releases chart, ousted Aphex Twin from the top spot and stayed there for 10 days. Much like microCastle, Jeremy has never been influenced by musical trends, choosing instead to follow his own path. Jeremy's EP is entitled ‘Goliath’ and includes three brand new original productions alongside a remix from label artist Marc Marzenit (the first ever official remix on an Olander record). ‘Goliath’ has become one of Jeremy's most sought after creations since its appearance on his and Prydz’s BBC Radio 1 Essential Mix. A fusion of new school progressive and contemporary techno, its cavernous groove goes down as one of this year's biggest bass line hooks, underpinning analogue-style melodies and cutting edge sound design. The EP's second and third offerings, ’Groover’ and ‘Bayhert’, find Jeremy crafting two of the most infectious productions of his career. The former features scintillating rhythms, waves of electronics and haunting vocal elements, the latter presents a tougher, darker and more techno inspired sensibility. The remix of 'Goliath' is provided by microCastle mainstay Marc Marzenit, fresh from the release of his 'To Love Until We Say Goodbye' album on Henry Saiz’s Natura Sonoris, along with projects for Bedrock and Tronic, all of which have been met with both critical and commercial success. He’s stripped the original right down and reinvented the main elements into his own stadium sized techno behemoth.; the result is one of Marc's most dynamic remixes to date. Jeremy's unique production touch has yielded many dance floor classics over the years and 'Goliath', 'Groover' and 'Bayhert' are sure to be three of his biggest in 2015.