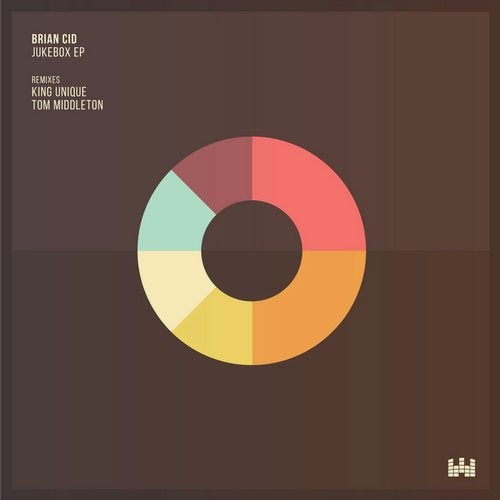 NYC based producer / platinum mix engineer Brian Cid has been enjoying the best year of his surging production career. A diverse range of DJs that includes Hot Since 82, Jeremy Olander, Steve Lawler and Danny Teneglia have all declared their love for Brian's work. With his unique fusion of sultry beats, rich textures and uniquely tailored drum work, all rolled up in a vintage analog sheen, it's no wonder that such an impressive list of talent has been championing Brian's work. His recent double A-side release on Guy J's Lost & Found Records has been a production highlight and he closes 2014 with what is perhaps the most anticipated release of his career. Brian's debut EP for microCastle is entitled 'Jukebox' and it comes with three brand new original productions alongside remixes from King Unique and Top Middleton. Brian's swift rise through the electronic underground has already earned him a rabid following of fans hungry for new material. The US producers dark and mysterious production hallmarks are much loved and the lead track on the EP 'Sharp Objects' showcases those very well. Backed by a powerful groove the tracks mystical textures, haunting vocal stabs and gaseous atmospheres set the stage perfectly for a twisted metallic lead. Developing mightily over a tension filled main break the luminous hooks soon summon the beats back for what is sure to be an electric dance floor moment. The lone remix of 'Sharp Objects' is provided by microCastle label artist King Unique who is making his 5th appearance on the much revered Canadian imprint. Formed in 2001 the King Unique production touch has appeared on more than fifty remixes and has yielded some of the biggest dance floor bombs known to man, most notably: Dirty Vegas' "Walk Into The Sun", Underworld's "Two Months Off" and The Killers "Somebody Told Me". It's been another stellar year for King Unique with original productions for Bedrock and microCastle along with a remix for one of 2014's most poignant electronic music creations, 'Candyland' by Guy J. For his 'Sharp Objects' interpretation Matt has masterfully reworked the track into an acid fueled epic. Rough beats, gritty textures and liquid-like 303s all combine for what results in one of this year's most timeless dance floor weapons. The second selection 'Caona' showcases a more tech house inspired side of Brian's studio arsenal. A foundation of rippling bass tones and detailed analog rhythms combine with dusty harmonies, treated pianos and vintage instrumentation for a truly unique creation. The third selection on the EP and also its title and showcase piece 'Jukebox' is next and finds Brian veering into deep house territory. The US producers rich bassy textures and aquatic design have created a wonderful sonic fusion here. The records warm momentum is met with an alluring three chord lead which becomes increasing poignant as the track reaches its tasteful peak. Remixing 'Jukebox' and closing the release out is Tom Middleton who is making his first appearance on microCastle. The UK born but now Italy based producer has been responsible for some of electronic music's biggest records over the least two decades. Written under Tom's much loved Cosmos alias, 'Take Me With You' is perhaps the most notable but an impressive remix discography that includes Orbital 'Halcyon', Kylie Minogue 'Chocolate', Underworld 'Jumbo', Jamiroquai 'You Give Me Something' and Kerri Chandler 'Bar A Thym' have all stood the test of time incredibly well. Tom's remix productions are always met with immense dance floor success and his unmistakable club grooves have melded well with the 'Jukebox' theme. Highlighted by a blissful main break and tasteful re-entry Tom's main mix is sure to be a delight with both house and progressive DJs. The deep dub finds Tom moving closer to his famed 'Liquitech' territory with smooth hypnotic rhythms and vibrant lead stabs heading the charge. Another hugely anticipated release on microCastle which marks the debut of a future star in Brian Cid.