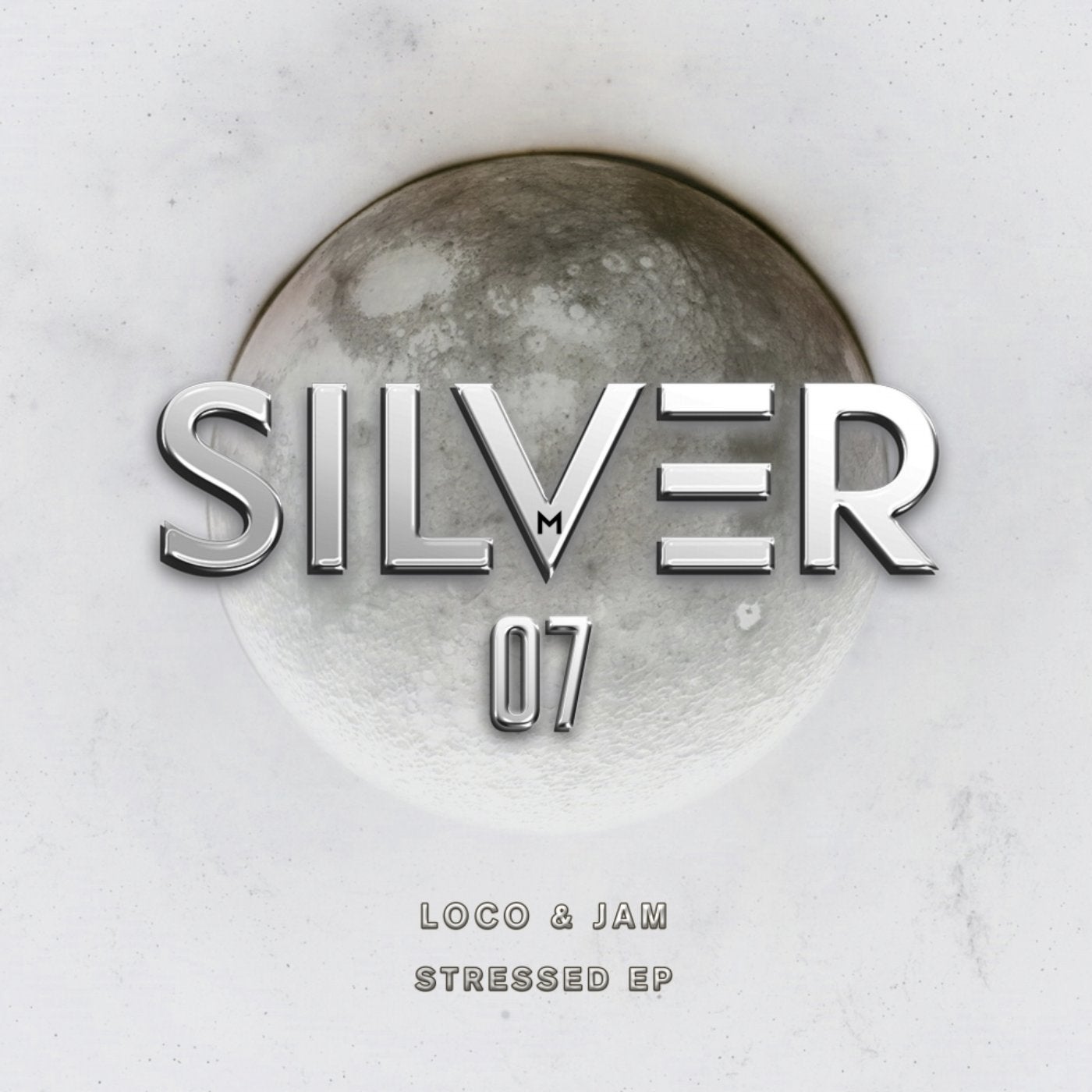 LOCO & JAM are Northern Irish based Techno duo made up of Lloyd Reid and James Peoples. Formed in 2007 they have went from strength to strength playing clubs and festivals worldwide.
Throughout their 10 year rise the guys have been killing the Techno charts and now have a healthy CV with a list of Productions and Remixes on major labels around the world .
Now they moon-landing on Silver M with three tracks E.P. full of techno sounds and expressive bass-lines rolling over classics synths and a lot of groove.

The first song is the one that gives name to the EP, 'Stressed'.
In the first section we can observe the clear intentions of Loco & Jam to move the track to a powerful darkness where the KIKs take the control over the groove and mark the evolution of the track towards surreal vocal atmospheres and a very open HH that give the necessary illumination to see through it.
A club burner.

In the second cut, "Three" we discover a female voice that guides us wrapped in highs frequencies charged with reverberation towards a deep and bubbling synthesizer that, accompanied by some good kiks, causes us to wake rise-up after rise-up.

'We Came To Rave' makes it clear in his title. A track born with party vocation, produced with classic cuts of break beat and oldies sounds; Retro atmospheres and voices that recall the clubs of Ibiza in their glory years, Loco & Jam take their way more retro without leaving aside the punch that characterizes them by placing good drums, perfectly produced and equalized harmoniously.
A marvel of track that returns to life some of the sounds with which the electronica grew in Europe.