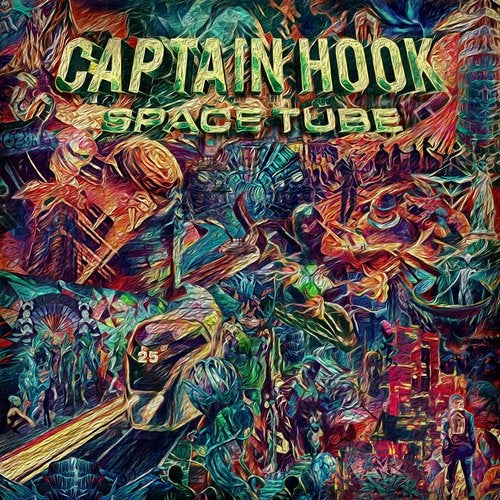 Captain Hook invites you to join his musical vision and dive into his new creation. After a year of intense touring that followed the release of his last album "Origin" Reshef is back in the studio and the outcome is "Space Tube 25". If "Origin" introduced a whole new Captain Hook sound, deep, hypnotic and highly trance inducing, "Space Tube 25" takes things to the next level. Working in his studio, synthesizing, patching, recording, mixing and creating, Reshef rode the musical harmonies that developed into a 15 and half minutes long epic, cinematic and psychedelic adventure, that manages to be both vintage and futuristic. "Space Tube 25" fuses Psychedelic Trance, Techno, Goa & Acid sounds in one hypnotic journey into inner and outer space.