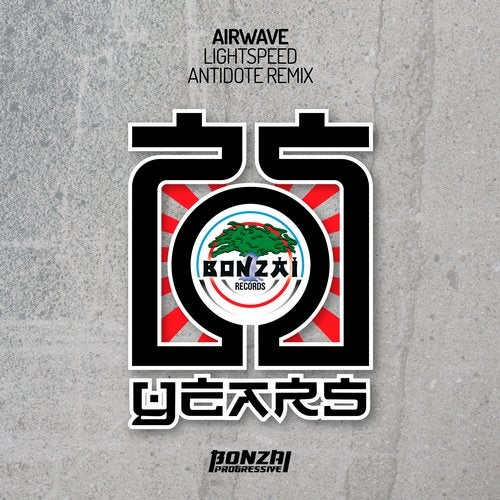 The legend that is Airwave is up next in our year long remix series celebrating our quarter of a century at the forefront of electronic music. There can be no doubt that much of our collective success is down to this guy. Since his humble beginnings in the early-mid nineties to an internationally acclaimed artist, DJ and producer, he has never lost his vision and has stayed true to his fans and his Bonzai family. Of course there have been ups and downs, but Laurent powered through, releasing quality sounds at every turn. His very much revered, turn of the millennium track - Lightspeed - propelled his status to even greater heights while delighting his army of dedicated fans and attracting new attention from a younger generation. For this special remix Laurent teamed up with long term studio partner Marnik Braeckevelt under their progressive tech guise - Antidote, to deliver a wonderfully crafted slice of pure mesmeric sounds. Marnik has carved out his place in electronic music history thanks to his hugely impressive CV which saw him working for N.E.W.S. and Antler Subway. He soon found himself working with Bonzai where he helped shape the label and the sound as we know it today. With a ton of remix, writing, compiling and arrangement credits under his belt, he certainly knows how to work a track. Together as Antidote the guys have been churning out some seriously impressive cuts since 2002. They hit the ground running with the solid progressive trancer Paragliders, that always got the floors moving and the duo quickly gained a solid rep within the scene, and it's no wonder given the level of experience and expertise on the table. While the original is a track steeped in beautifully crafted atmospherics delivering a mesmerizing groove that hooks you in for the duration, this newest version from Antidote stays true and takes things in the same vein albeit with a more prominent pumping groove. The world got its first taste of this one on Studio Brussel's The Greatest Switch Bonzai Special (6th October 2017) with Marnik and Laurent in attendance with Fly, Franky Kloeck and DJ Ghost. Right from the off we get drawn into the powerful groove made up of solid kicks and bright percussions and laced with gritty basses. The energy levels rise as the main bassline takes shape while the synths bring an intense vibe. The main melody brings its melancholy that allows us to lose ourselves and fly high. A beautifully electrified progressive monster that will most definitely not disappoint.