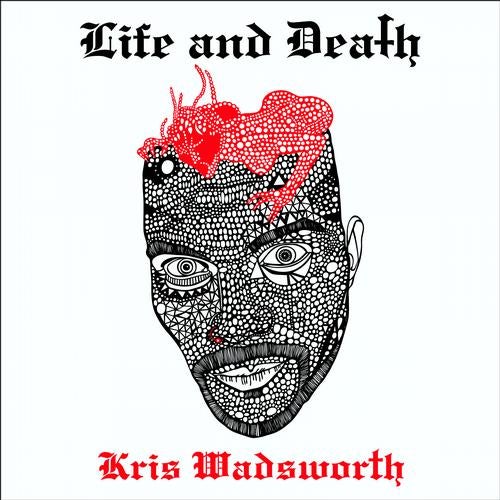 Kris Wadsworth has spent the better part of his life studying and producing electronic music. Born in Atlanta, but raised in Detroit, Kris has been attentive since he was a boy. His first release at 17 would open the door to countless more, on some of the worlds most respected labels. And so, when at age 28 he decides to make an album, we listen. Get Physical presents Kris Wadsworth and his debut album – 'Life and Death'. Opening with the dark monologue of "Alienated American", the stage is set for a look into what Kris is capable of when he turns his thoughts to sound. “It’s the present state of the music I make.” explains Kris, “It is a look into the future of my music, what I am capable of, but also limited to by label aesthetics.” 'Life and Death' is not only an amazing album in itself, but a statement to all those who are willing to listen. It's an album not to be taken too seriously, but with a touch of satire and a pinch of dark sarcasm. While tracks like "Definition Of" are pretty straightforward in their own right, pieces like 'Famous Anus' are full of irony. “Music is my career, so it is ‘Life and Death’ to a certain extent. But also, there are too many uptight people in this industry that take themselves too seriously. It’s me: Serious music which also makes fun of the world around me.” On the other end of the scale is "Girl Talk", a deep and gripping track, bringing a perfect late night vibe together through various pads and the organic percussion. The present vocal lines provide a rhythm and weave a thread throughout not only this track, but the general spirit of the album. The album operates on a very natural level, providing deep dancefloor gems along with timeless tracks for every occasion. “Most things I do tend to do stand out for whatever sort of reasons. It’s never a goal, but I think anyone who has ever told me that they appreciate what I do, says something like that to me though. I think by now, most people know that what I do is pretty much always different as a rule, but without trying to be. It’s honest.” 'Life and Death' is not your typical dance album, it pushes boundaries and challenges your expectations because that's where it plays at it's best - on the edge of your comfort zone, expanding your horizons and tastes while consistently delivering on all fronts. “I have a sound, a few people know it, so here is the first full-length glimpse into parts of my world. It’s a sign of things to come.”