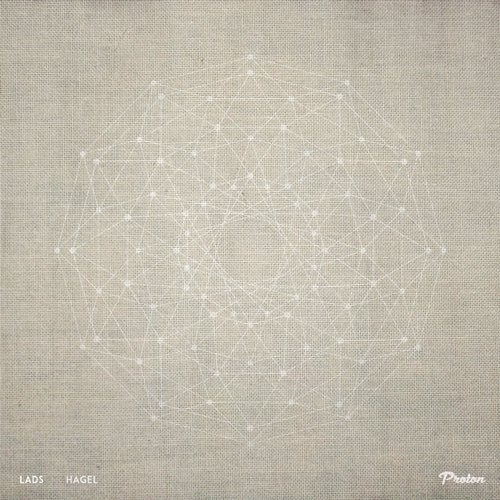 A production duo at the vanguard of the underground dance scene, German and South African duo, LADS, have become a much sought-after outfit over the course of 2017. Returning to Proton Music with their second original EP, "Hagel" continues the LADS' story.

Having grown up in the Rhineland, Luc Angenehm found an outlet for his artistic talents from his Lagenfeld home. An accomplished musician with a decade's worth of lessons under his belt, Angenehm found an entry into modern house after attending the Modern Musik School in Cologne. His foray into dance music has thus created a century of production credits for some of the finest underground labels including Traum, City Life and Le Bien Et Le Mal. Two original EPs for Proton Music saw "Kaiserkraft" and "Isabel" grace the label in 2016 to critical acclaim with remixes from the likes of KMLN and Orsen. South African DJ and producer, Gary Pilz has made a similarly seismic name for himself under his Deep Suite soubriquet. A regular across the clubs of his Pretoria hometown, the Deep Suite name has been synonymous with "an intense and heartfelt set of musical compositions" that have led to a series of releases on such leading imprints as Atal Music, Traum and his own Deep Suite Records.

While the duo's first outing, "Abgehn", appeared on July 2016's "Tour De Traum XII", a first remix for Particles under their LADS moniker came in September 2017, courtesy of a sublime remix of Andre Sobota. Graduating to Proton Music in the same month, the three-track "Miss Jean" EP was one of highlights of the 2017 release schedule. The deep house gem, "Celesta" appeared on Nie Wieder Schlafen's "Avanto" compilation in early 2017 as Proton now welcomes back the LADS with their stunning "Hagel" EP.

The title track is characterised by an intricate collage of musical tropes that carry through the track in trademark style. Analogue modelled sounds rasp and filter across the sonic spectrum as a huge, thumping groove with dynamic dancefloor cadence erupts in the second movement. Melodic elements come to the fore in a stripped back breakdown before a third movement full of extended melodic flow and driving energy sees "Hagel" hold the listener in a vice like grip.

Partner track, "Holznudel" continues the intelligent melodic interplay of its predecessor as an LFO'd lead line speeds and slows in inspiring fashion throughout. Married to a heavy beat and low-slung percussive groove, the track evolves with a chorus of intermittent spot effects before a melange of counterpoint melodies play off each other in the third movement to joyous effect. The result is a stunning and innovative work that is certain to impress followers and peers alike.

With a pair of scintillating new tracks from LADS, "Hagel" is a true force of nature.