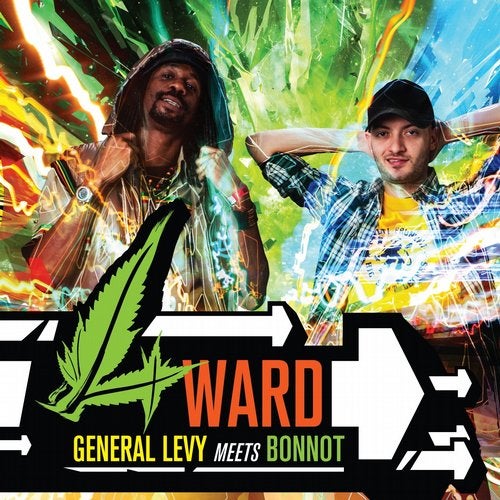 General Levy, real veteran of the UK urban music scene, grew up influenced by reggae music and black culture. Thanks to his older brother, huge music fan, Paul was enabled to build up a consistent musical culture: from ska to rock steady, calypso to soul music, hip-hop to reggae music. Quickly, he went on writing his own lyrics and created his first sound system, 'Third Dimension', along with friends.

That's in solo and at the age of 19 that General obtains an international recognition, awarded with several prizes: best reggae album, best single for 'Heat', and UK premiere MC.
Then his song 'Incredible', a world success achieving top ten status in the national mainstream charts, is synchronized in the movies "Ali G Indahouse" (2002) and "Seuls Two" (2008).


He really needs no introduction, just shout Booyaka booyaka at any rave and listen to the roar of the crowd chanting 'When the General ah pass'. Mix a legend like this with a true Italian underground soldier Bonnot (Multi award winning artist who DJs & produces for Dead Prez).
If that wasn't enough the brand new album also features Serial Killaz, Ed Solo, Ricky Tuff, MissMykela, Numa Crew & DJ Ferro, got your attention now right?
Switching seamlessly between Jungle, Drum & Bass, Drumstep and Dancehall 4WARD is all about Levy celebrating 20 years at the top of his g
ame and with the help of some friends this album really shows what a formidable team Levy & Highlights on the album are many from the infectious Jungle vibes of Like A Train & That's What We Blaze to the match made in heaven collaboration with Jungle kings Serial Killaz on Success to the Drum & Bass banger Jah Alone.
The vibes don't stop there as Put It Pon Dem (mixed by Jamaican artist/producer Alborosie) & Genuine Woman come correct with a true Dancehall flavor.
Amongst the many great future classics we also must mention Playa Hata, a forward thinking Drum & Bass / Dancehall hybrid which really shows the diversity and direction of this album.
20 years on and the legendary General Levy along with Bonnot and friends continue to bring havoc on the dance floor and keep the jungle vibes alive.
Highest grade for all Junglist dem. Bonnot are, onwards and 4ward indeed.