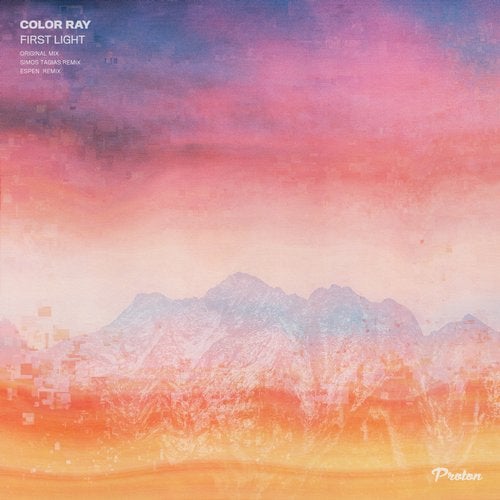 A pleasure as it is to welcome new artists to the Proton Music roster, Color Ray is no exception. Debuting with his "First Light", a pair of sparkling remixes come from Greece and Norway.

From the sprawling state of Maharashtra in Western India, Shrinivas Sundar has been a shining star in the underground progressive house fraternity. With regular DJ performances across his Pune hometown, Vas' Color Ray moniker has enraptured audiences with scintillating sets. A production career in tandem has seen a clutch of impressive releases with his work featuring on the likes of Electronic Tree, City Life and fellow countryman, Praveen Achary's Juicebox Music. A pair of remixes for Biologik in 2012 and Andre Sobota in 2016 now sees Color Ray debut on our flagship imprint with a sublimely crafted original track that epitomises a sparkling melodic sound, delighting with its flowing sustained pads and dynamic groove. Building in effervescent fashion, "First Light" erupts with an earwork motif that then blends with an evolving arpeggio into the second movement and breakdown. Hitting its straps again in the final section, an irresistible combination of rhythm and melody encapsulates the Color Ray sound.

An artist with a long association with the Particles and Proton Music imprints, Simos Tagias' career at the vanguard of the underground dance industry has seen some 350 production credits tell their own story of the Greek artist's talent with a plethora of releases for the likes of Sudbeat, Replug and Movement Recordings. A pair of high-profile release original EPs have lit up the Proton Music catalogue as January 2017's "Airlock" and October 2018's "Audacity" saw a quartet of 24-carat gems showcase Tagias' work, while remixes for Tim Penner, Desaturate and Luc Angenehm demonstrated another side to his production personality. Returning, the Simos Tagias remix immediately impresses with a driving dancefloor rhythm and whip-cracking kick. Evolving at pace, the central melodic motif from Color Ray's work comes to the fore as an arpeggio blends immaculately to create a high-octane remix of typical quality.

Norwegian artist, Espen Gulbrandsen has forged a career at the summit of dance music for over 15 years. After early collaborative work, a solo career began in 2007 as the Espen name became a watchword for quality and excellence with over 200 production credits to his name. A regular on behemoths such as Silk Music, Lost Language and Baroque, Espen's elegant work has seen him remix Omar El Gamal and Rick Pier O'Neil and Desaturate in 2016 and '17, while an October 2018 reworking of Desaturate's solo "Wanderer" was a notable highlight. Now remixing Color Ray, the Espen remix is a gloriously contemplative affair that is redolent in richly textured pads and smooth melodic tropes. A ticking percussive groove and cavernous bass provide hitherto unseen depths, while Espen's additional production material and ambient effects carve out a stunning new direction for "First Light" that resonates with the themes of the original.

Heralding a new dawn for his music, Color Ray rises at "First Light" with remixes from Simos Tagias and Espen.