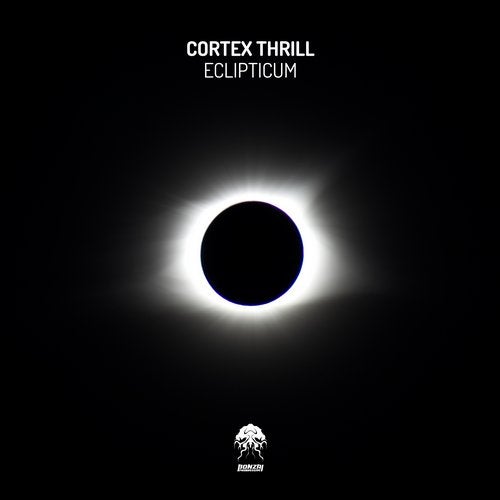 Bonzai legend Cortex Thrill returns to our progressive imprint with another stellar slice titled Eclipticum which features two mixes from creator Ivo T Montina as well as three solid remixes. From the sweaty darkened rave scene of the mid-nineties, Cortex Thrill has stood the test of time and evolved their sound while utilising the cutting-edge technology of the day. In its contemporary form, that sound has bridged the gap between progressive and tech resulting in a hybrid genre that is unique and inspiring. Ivo's previous outings here in recent years have certainly lived up to that and we've no doubt we'll be seeing much more in the future.

The Original Mix is a serious progressive mover with a powerful, dominating bassline. Phat kicks and shuffling percussions deliver the rhythm while cosmic synths create a wonderfully rich textured groove. A mid-set smasher no doubt.

Gabriel West & Ricardo Piedra are up first on remix duties and once again they deliver the goods in style. These guys have propelled themselves to the top of their game in the last few years. We've seen some quality stuff from them on our own labels in both original and remix formats and they've also shown up on other labels. They garner lots of support from across the board and it's always a pleasure having them here at BP. The guys ramp up the tempo here to deliver a magical progressive groove that draws you in and plays havoc with your imagination. Such a beautifully constructed slice that will not disappoint.

The Aurora Borealis Mix is Ivo's own alternative take and carries a more melodic vibe. We're thrust high into the stratosphere on this one thanks to some excellent synth work and that chugging bassline which is the driving force of the groove. Top notch as always.

Croatian artist Robert Grizilo marks his Bonzai debut with an excellent remix. In 1993 he became a member of the Hip Hop group - Ugly Leaders, where he composed and produced. He has also worked with DJ DaveJam and regularly played percussions for Cortex Thrill live PA's. He is currently working on his project ? GIGI, with progressive house music in mind while continuing his work with Cortex. Here, he takes us on a sublime progressive journey with a truly hypnotic groove that works the body and the soul. Tight beats and pumping basses are the perfect combo making this a serious dancefloor weapon.

Award winning film and music producer Damir Ludvig debuts on Bonzai Progressive with a superb remix. Damir has received 3 outstanding awards for music documentary work and he is best known as an international DJ and is also an achieved composer, producer and lyricist of the project Ludvig & Stelar, with releases on the prestigious Cafe del Mar. As a DJ, Ludvig is no less impressive, he has been a resident DJ and art director for the ultimate Croatian Astralis events for the last 20 years and has played at various venues around the world. Damir shakes things up a bit delivering a breaks style beat with a distinct electro vibe. Ultra-cool synths and warms chords stack up against a warping bassline and those solid broken beats for a very tasty and unique slice.