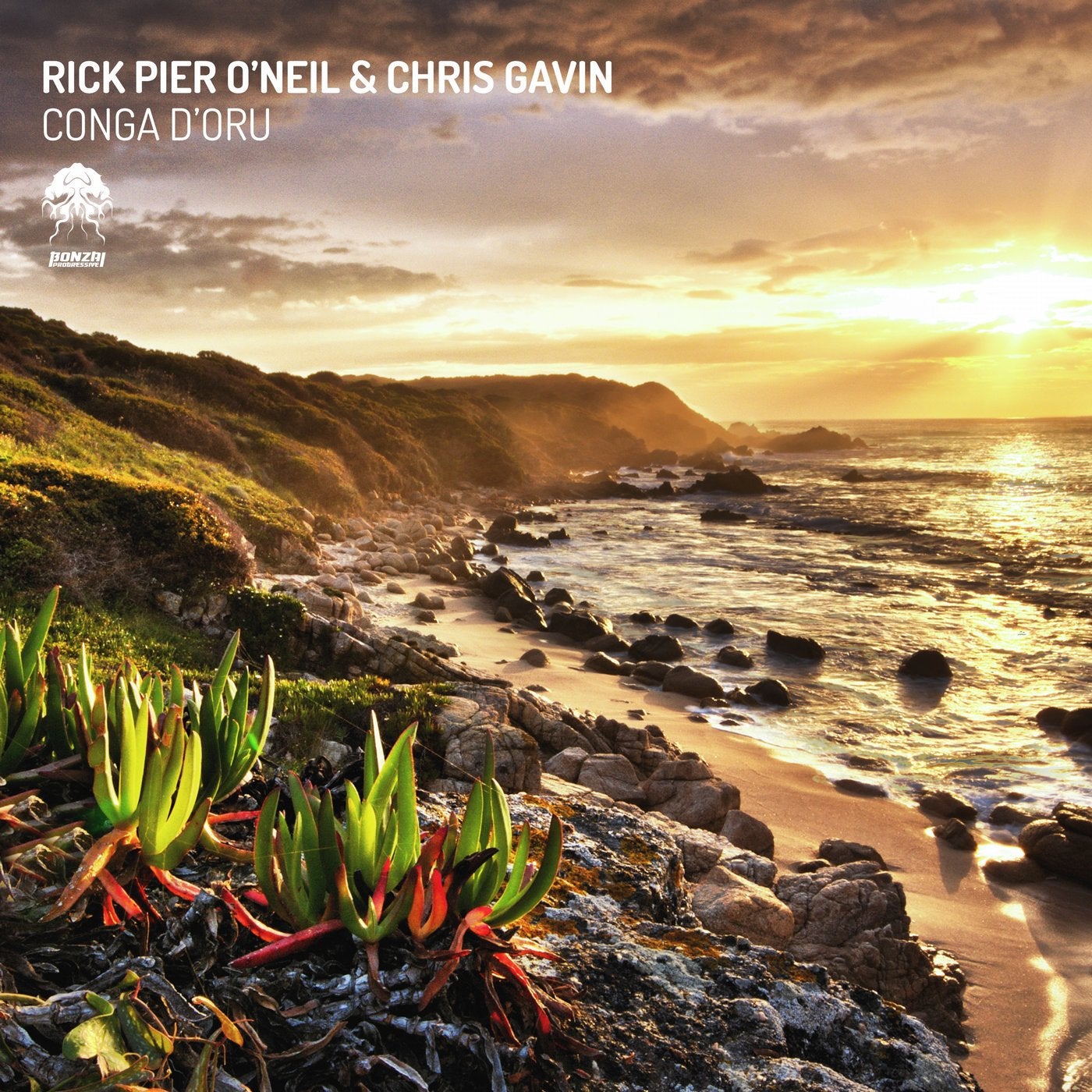 Rick Pier O'Neil and Chris Gavin return with more progressive goodness in the form of their Conga d'Oru which is backed up with two solid remixes. This one marks the second effort from these guys as a duo on Bonzai Progressive, following the superb Lost Elements. Rick and Chris co-own Art&Fact Records and Chris also worked on RPO Records. Chris' music has been championed by many top jocks and producers over the years and his style of producing music always delivers a unique flavour. Accomplished French native Rick started DJing at just 14 years old, at 16 he already became a sound engineer and built his first home studio. He quickly gained a reputation as a talented artist and travelled to the US where he became embedded into the music scene there. He runs the popular Vesta Records with Manu Riga as well as other labels. Rick is a celebrated, hard working artist and it's always a pleasure having him here.

Rick is in fine form here on the Original Mix which delivers an infectious tribal rhythm with a surging progressive groove. Tight beats lead the way alongside a deep, probing bassline and subtle melodic flurries. Rich and vibrant Ethnic voices sweep over the sound as traditional style instruments fade in. The track builds nicely while holding a smooth tribal groove making it an absolute must for the early sets.

Miami-based DJ and producer Stan Kolev is back on remix duties following his top-notch cut Utopia. Stan began producing in 1996 and by 2003 he already had a massive world-wide hit with De Moma De under the name Casa Flava, which also hit the UK Top 40 Dance Chart. He has released more than 700 originals and remixes on the most respected record labels in the world. He has also taken his music outside the club scene by producing music for Porsche TV commercials as well as having a track featured on the hit TV series CSI: Miami for several years in a row. Here, Stan delivers an epic progressive ride for us filled with chunky beats and thick, pulsating basses. Hypnotic arpeggios combine perfectly with the Ethnic flavour and on the break, we're treated to a sublime build up and climax. An absolute monster of a track that is not to be missed.

Fresh off the back of his fantastic The Magician, Matti (TR) aka Turkish artist Ozgun Yasar Bakir steps up to offer a quality remix here. Ozgun started getting into to music in his secondary school years, with encouragement from his family. He began playing guitar for local folk and blues groups in his hometown. Soon after he got into electronic music and from here, he honed his skills, creating his own unique sound. A rising talent and one to watch. On the remix here, Matti takes us deeper, focusing on the in-your-face technique thanks to some superb filtered synths and grizzly basses. Cool FX adorn the groove creating a dynamic vibe that will transform easily to the floors. A solid cut that will definitely get the floors buzzing.
.