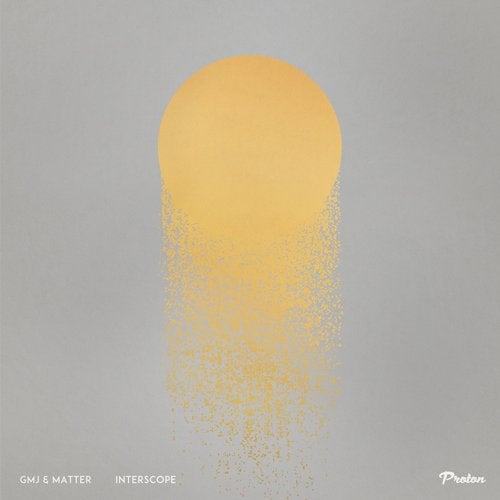 Of the many collaborative pairings within the electronic music scene, Gavin Griffin and Matty Doyle continually impress. As the pair return to Proton Music once more under their GMJ and Matter monikers, Proton Music is proud to announce the release of the "Interscope" EP.

Hugely successful artists in their own rights, "the spatial atmospheres and organic rhythms" that epitomise the GMJ sound, saw him nominated as one of 2016's "Best Progressive House Artists". Work for Particles, Balkan Connection and Open Records bear witness to such a statement, as do October 2017's "Sovereign Reality" EP for Proton Music and March 2018's "22" with Hungarian star, East Café. Similarly, Matter's "deep synth lines, driving bass and pulsating rhythms" have provided him with a host of production credits for the likes of Superordinate Music, Balkan Connection and Mistique Music, while December 2016's "Pronoia" and November 2017's "We Are Dust" EPs showcased a wealth of talent on Proton Music.

Together, the Melbourne based duo have seen their work hit some of the finest modern underground imprints, most notably with "Earthless" part of the fourth "Anjunadeep Explorations" series in September 2017. Joining forces for two original EPs on Proton Music, May 2016's "Superposition" and June 2017's "Osmosis" highlighted the distinctive GMJ and Matter sound, while a standout remix of Andre Sobota's "Unmute" at 2017's end represented another side to the pair's production arsenal.

Welcoming the Australian collaborative pairing back to Proton Music for a third outing, GMJ and Matter now return with the "Interscope" EP. A seismic kick drum and delicate percussive cadence form the bedrock for the title track as a trademark cavernous bassline gently pulsates through the low-end. Evolving effortlessly, an arpeggiated riff appears, hypnotically skipping across the track while a series of textured pads add depth in abundance. Emotive chord progressions supply spine-tingling energy that make their presence felt in a sonically inspiring breakdown sequence, before dance-floor rhythms return in the third movement with a host of counterpoint motifs, swirling effects and expertly crafted production details.

The partner track sees, "To the Stars" immediately scintillate with its shaker-fuelled percussion and forceful four-to-the-floor kick. An intricately programmed rhythmic cadence provides the perfect vehicle for a subterranean bassline to appear with maximum impact as it drives the track forwards with ease. Shimmering melodic sequences complement the rhythmic patterns in an arpeggio sequence that pitches and falls in a rousing third movement zenith. Multi-faceted pads and vocal phrasing complement the core melodies creating Laurentian Abyss-like depth, as the track transcends the modern progressive house sound with genuine craft and talent.