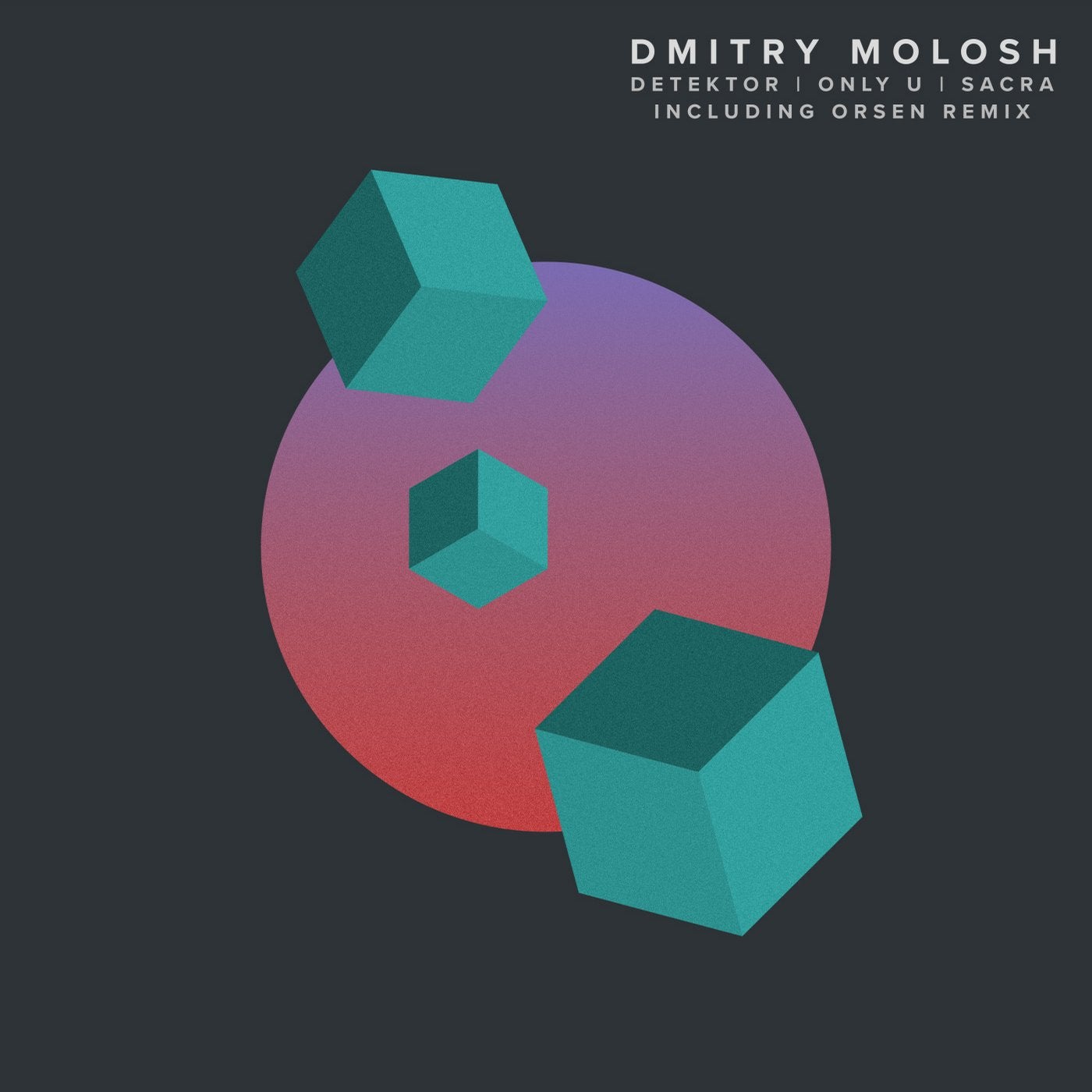 At a time when progressive music continues to flourish so too does Dmitry Molosh. As one of the movements brightest stars, the Belarus based artist has continued to dominate the scenes landscape. A string of Beatport chart hits along with live play from Hernan Cattaneo, Nick Warren, Guy J and Replug's own Cid Inc., have made him one of the genre's trendiest artists. In addition to forging strong ties with Sudbeat Music and Guy Mantzur's Plattenbank Records, Dmitry has grown into one of Replug's primary artists, most recently remixing Navar's 'You Find' in spectacular fashion. Now returning to the label amidst much anticipation, Dmitry presents his latest artist showcase entitled 'Detektor', alongside a remix from Orsen.

Comprised of three tracks it's the peak time sensibility of the title cut which gets the EP underway. Rhythmically charged, it's chunky low end and percussive cadence unite for a gargantuan swing heavy framework. A storyboard of squelchy synths, dulcet overlays and vocal fragments make for an exhilarating first act. As the break commences the narrative shifts with a tonal top line adding further fuel to the rhythmic fire, before timely modulation and a wave of drum fills sparks a brilliant drop.

Already a favourite of Guy J, the second selection 'Only U' showcases a deeper side of Dmitry's repertoire. Charming atmospheres and emotive shades descend over warm, punchy beats and afro inspired drums. Remarkably fluid, it's emotive appeal grows during the second act, as a poignant lead theme complements the tonal creativities, soothing the senses while advancing the narrative, eventually reaching an elegant finale.

Rounding out the three originals is 'Sacra' which sees the Belarus based artist returning to his pure progressive roots. Dmitry's penchant for warm, contoured grooves is what makes this such a dance floor gem. Deep, rolling and with a bevy of momentum it anchors the tight rhythmic core and pleasant hooks perfectly. Smooth yet euphoric, vibrant stabs add an epic flair, perfectly foreshadowing a timeless, emotionally rich lead theme which bridges the gap to immaculate elevation.

The lone interpretation of 'Sacra' is provided by Replug artist and label boss Dan Baseley aka Orsen. The UK born, Austria based producer got the summer season underway with his critically acclaimed 'Driftwood' EP. Coming courtesy of Replug, the three track offering showcased Orsen's ever expanding sonic palate, earning praise from all corners of the electronic community, including Hernan Cattaneo and Nick Warren, while once again holding a lofty position in Beatport's Progressive House charts. Now returning to the label for just his second remix this year, Orsen rounds the release out with a free flowing rendition of 'Sacra'. The nine minute journey proves to be a master class in dramatic storyboarding, as acidic pulses and astral aesthetics flood your pleasure centres, eventually uniting in colourful sonic comet. Reaching an apex as the second act unfolds, an airier  take on the lead theme takes you a step closer to the cosmos, before one final rush elevates the piece to an energized yet ethereal finale.

With the 'Detektor' showcase Dmitry has added an important new chapter to his story, one which maintains his main room appeal while forging a deeper blueprint with originality and emotion. An artist in constant evolution, Dmitry once again finds himself at the forefront of the progressive movement.