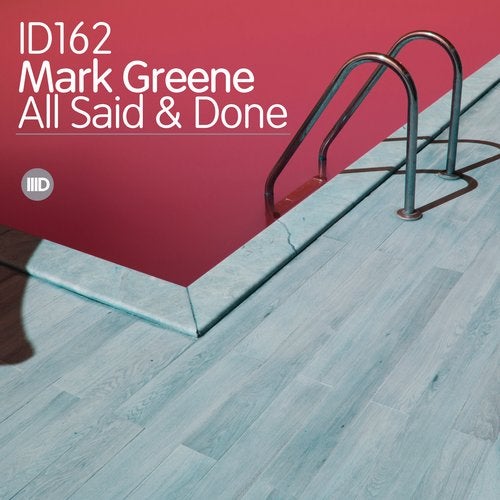 Carl Cox is an industry figurehead whos legacy in music includes his iconic label Intec, which he runs with friend and business partner Jon Rundell, and the new release is a label debut from Irish producer Mark Greene.

Already a popular DJ on the Irish club scene playing regular gigs in Dublin and other parts of the country, the success of his productions has lead to international gigs playing in places like Germany, Austria, Holland, Lithuania and Poland.

With a hard hitting style influenced by the likes of Dave Clarke, The Advent and Richie Hawtin, this release showcases what he is all about and why he has caught the attention of Carl Cox.

First on the release is All Said & Done which has a rolling groove, rumbling bassline and dark atmosphere. With a punishing intensity and the menacing sound of epic pads, the track's female vocal stabs cut through the building intensity to release the pressure with uplifting bursts. Fast and furious, this is peak time techno that takes no prisoners.

Track two What's Good? is on the same vibe as the first but with hints of acid and prominent clap rhythms it takes things up a gear. Mechanical hi-hats and ominous synths make this robust sounding cut have a huge presence on a dance floor. Engulfing all who hear it, this is a peak time techno masterpiece which every DJ needs in their arsenal.