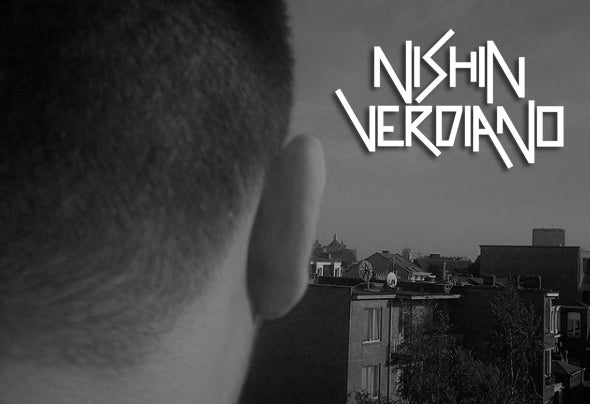 Damian Kotwica, known as Nishin Verdiano, was born in Sandomierz in Poland. He grew up in a small city called Annopol. His interest for music was noticable from his ealiest years.When he was 7, he got his first keyboard on which he than tried to play the melodies he heard on the radio. A few years later, his parents moved to Belgium and Damian ended up living with his grandparents.Every time he had gotten some money from them, he didn't buy candy like all the other kids, but he went to a record store and bought CD's instead. This is how he became aware of a certain genre, called techno, which he liked very much. Later, his parents came back in order to move to Belgium permanently. This was quite a shock to Damian, cause he was about t o leave everyt hing he's ever known behind. It wasn't easy at first, but fortunetely it wasn't long before he met some new friends with similar interests. One of those was Marek, who was also polish and seemed to have a passion for music. So as soon as they got their hands on a PC, they installed some music software and tried to make some records. Of cause, the results weren't too good at the beginning which made Marek give up on it. As soon as Damian got his own PC, he went straigth to making music again. At first he was making electronic sounding beats, but than he came across a genre called hardstyle while listening to a CD he borrowed from a friend. So he was trying to make something which would sound like it, but well... it was still worthless. Some time later, he began producing Hip-Hop and R&B beats which he was giving away for free. This was a good way to spread his work and soon enough he was able to make some money off it. It wasn't much, but is was enough for him to buy some professional recording gear on which he would continue his craft. But Hip-Hop wasn't the way to go for him... Somehow it just didn't feel right. This is why he ended up composing club music and trance which he still does. He says "I don't assign my music to one genre, because I make my music for it to sound right and not to fit in.". There is only one thing he can say about his carreer; it has just begun.