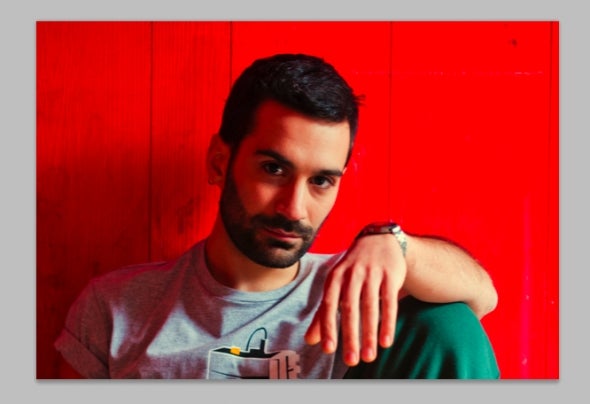 Gigi Barocco is no newcomer to the music world. He’s been delivering serious breaks for years as “Break the Box” until he found love with an analogue sampler and began an enduring relationship with it. Gigi, who’s real name is Luigi Barone, is one of those acts whose musical knowledge is profound and shows his dedication to the cause. He graduated at the conservatory in Italy in classical guitar, yet then decided to put all his colorful production into a brand new fresh electrohouse project called Gigi Barocco. Following his initial release entitled “Chapa”, which was put out on Second Session Records (South Africa), Gigi managed to gain the attention of major labels and industry players which led him to signing his first EP entitled “Puah” to Herve’s Cheaper Thrills. The “Puah” track itself was a big success, played and supported by some of the most important and influential names on the scene at the moment, such as Herve, The Bloody Beetroots, Mr. Oizo, Foamo, Kelevra, Mustard Pimp, Congorock and many others. More success followed for Gigi in 2009, when his remix of Breakdown “Play With It”, released on PBR records, reached number 6 on Beatport’s main chart and received support and acclaim from such industry legends as Armand Van Helden, Benny Benassi and Cassius.The rest of 2009 saw Gigi officially remix a Redman (Wu Tang Clan) track for an exclusive remix EP project promoted by Scion Audio Visual. Such is the flexibility of Gigi’s work and style that he can adapt to any genre and create unique remixes which almost feel like an entirely new track.He also released a bootleg of the Ice Mc 90’s hit “Think About The Way”, which initially started life as a free download on his Myspace page and on his consequent mixtape entitled “Pass The Butter No.1”, however the popularity of the track was so great that Zooland Records decided to clear the sample and release the track during the summer of 2009. By August the track had reached pole position of 2 of the most important Italian radio stations, Radio Deejay and Radio 105, as well as being a regular on BBC radio networks and mainline European radios. Gigi Barocco has become one of the most in demand remixer’s on the international scene, with industry focused magazines such as Computer Music (issue 144), doing a feature article on how to create your very own “Gigi Barocco Synth Bass”. In 2010 he remixed -for labels such as Universal USA, Ministry of Sound Australia, Dim Mak and Zooland- the tracks “Symphonies” (Kid Cudi & Dan Black), “F**kin Rave Party” (The Only), “I’m In the House” (Steve Aoki feat. Zuper Blahq aka Will.i.am) + “Kiwi” (Mustard Pimp) and “Trespasser” (Spencer & Hill).In 2011 Gigi released two singles: “Crunk it” (out on Flat Frog/Bazooka Records) feat. Jane Bang and “Damn Girl” (Flat Frog/Ultra Records) feat. Whiskey Pete. “Crunk it” has been playlisted by Benny Benassi and Tommie Sunshine, while “Damn Girl” has already got Benny Benassi, MSTRKRFT (“Nice record”) and Albertino’s support.In 2012 he has remixed LFMAO track “Sorry for party rocking” (Interscope) and “Control” by Benny Benassi ft. Gary Go (out on Ultra Records). Italy has brought you some of the best electro acts from the Crookers to the Bloody Beetroots and Gigi Barocco is one to follow in this vain yet with his own unique style and showmanship. Watch out because here comes another Italian obsessed with creating unique sounds and delivering dangerously tempting party music!