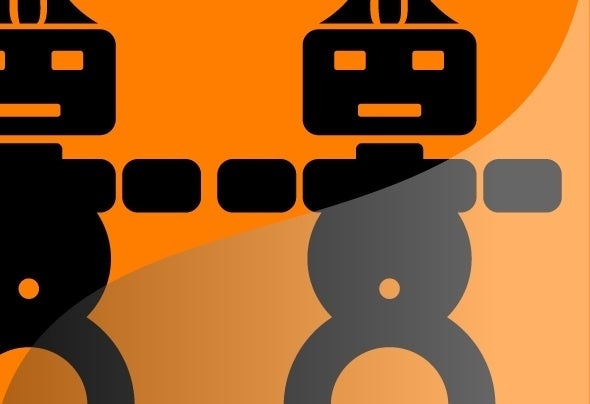 Dualism are Kwamina and Gab from Zurich. Due to their graphical design, art ballet and theater background the aesthetics plays an essential part in their life. On a daily basis they have to look at the things from every angle since they are used to expose and deal with visual forms, shapes & colours as well as movements & motions. At the moment however, all is about music. With their delicate flair for future sound-trends, the innovative and versatile swiss-duo started off in 2005 to create their very own definition of the ‘so-called‘ minimal techno. In 2006 their debut release ‘speech defect’ (remixed by: Ion Ludwig - Kabale & Liebe - Massi DL - Tractile) on Pheek’s label Archipel showed their skills in an impressive way. In 2008 they continued to attract attention with the ‘a fool’s tale‘ ep on Jeff Milligan’s cultlabel Revolver Canada. Mo’s Ferry’s head ‘Dapayk’ and dutch based producer and djane ‘Estroe’ remixed the creative couple on the dualism 12” ‘hypnotized mama?’ EP released on Oliver Lieb’s label Maschine in 2010. Shortly afterwards followed their 1st ep on their own imprint 'Numbolic Unlimited' with remixes by Butane & Lineas de Nazca. Some promising collaboration with artist like Akiko Kiyama, Bruno Pronsato, Easy Changes, Rudolf, Insideout and other fine artists around the globe are in the pipeline. Today, their sound appears minimally as twisted, queer-melodic deep and wicked techno with much love to the detail. Their sound surprises with unconventional rhythm-structures and multy-layered sounddesign. Dualism’s distinctive style and preference for idiosyncratically & broken sounds as well as the clever use of vocal-snippets is always present in their productions and performances.