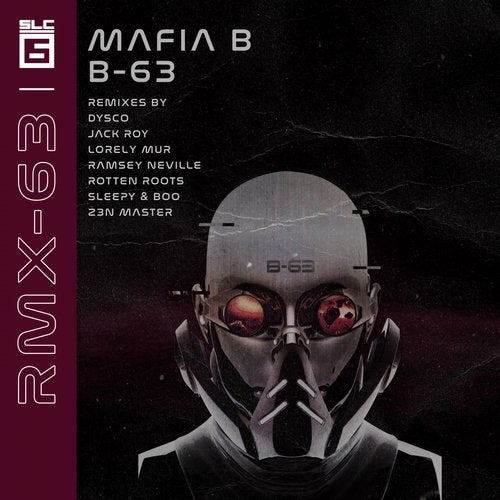 RMX-63 marks the reincarnation of the android known as 'B-63,' aka Mafia B. As a follow-up to his debut artist album, Mafia B commissioned a versatile selection of top producers from his home in New York, as well as abroad, to take on the task of remixing the top tracks. Kicking off the EP, Jack Roy twists 'Don't Start' into a funky, techy, acid breakbeat beast that is sure to light the dancefloor on fire. Ramsey Neville gives 'Right Now' a pulsing, techno treatment that is both powerful and hypnotizing. Dysco's remix of 'Shattered' goes deep and progressive, guiding us through dreamland to a dramatic melodic shift after the drop. Z3N Master puts a playful, housey spin on the vocal track 'Reborn feat. Siara Killer.' NYC staples, Sleepy and Boo, rework the album's title track 'B-63' into a brooding, late night melodic techno driver. Rotten Roots takes 'Reborn' in a pulsing, progressive direction with sawtooth synths working alongside the memorable vocal. Lorely Mur turns up the tempo and flips on the acid as she returns home to SLC-6 with a techno take on 'The Beginning.'