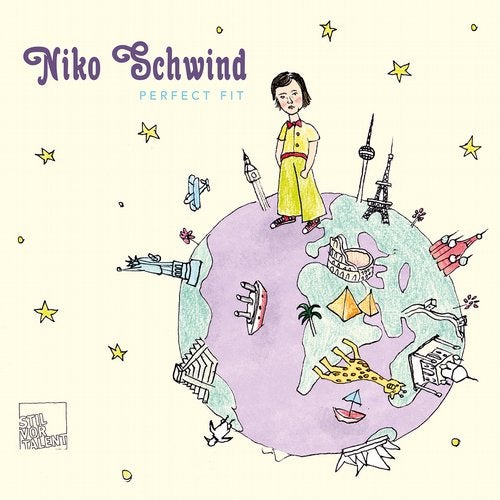 You become responsible, forever, for what youve tamed, Antoine de Saint-Exupéry writes in his modern fairy tale The Little Prince, in which his protagonist travels through various worlds in search of friendship and benevolence. The quote is, no doubt, fitting for Niko Schwind, since the Berlin-based DJ and producer consistently demonstrates a deeply anchored love for and close bond to house music, the art form he himself has tamed. As a DJ, he travels the globe, having played in Europe, Australia, Thailand, Brazil, the US and Mexico, and in his sets he creates a feeling of connectedness between himself and others, as well as within the crowd. On Stil vor Talent, Niko Schwind now presents the fruit of his labour in the from of his third album: Grippin World captivates the listeners with its versatility and coherence, and kidnaps them to a world of sound, made up of elegantly reduced grooves, organic arrangements and accessible vocal-melodies. With Perfect Fit, the first single of the album, we are handed an absolute highlight, as Heartbeats warm voice and a simple guitar-loop form a flawless musical symbiosis, accentuated by a synthetically creaking bass-line. Niko thus proofs hes more than capable of practicing restrained Minimalism with a pop-impact. Perfect Fit then gets the floor treatment: while Niko turns in a reduced, tool-oriented club cut, the hitherto unknown Proud bursts onto the scene with a dreamy arrangement centred around atmospheric synths on his remix. Grippin!