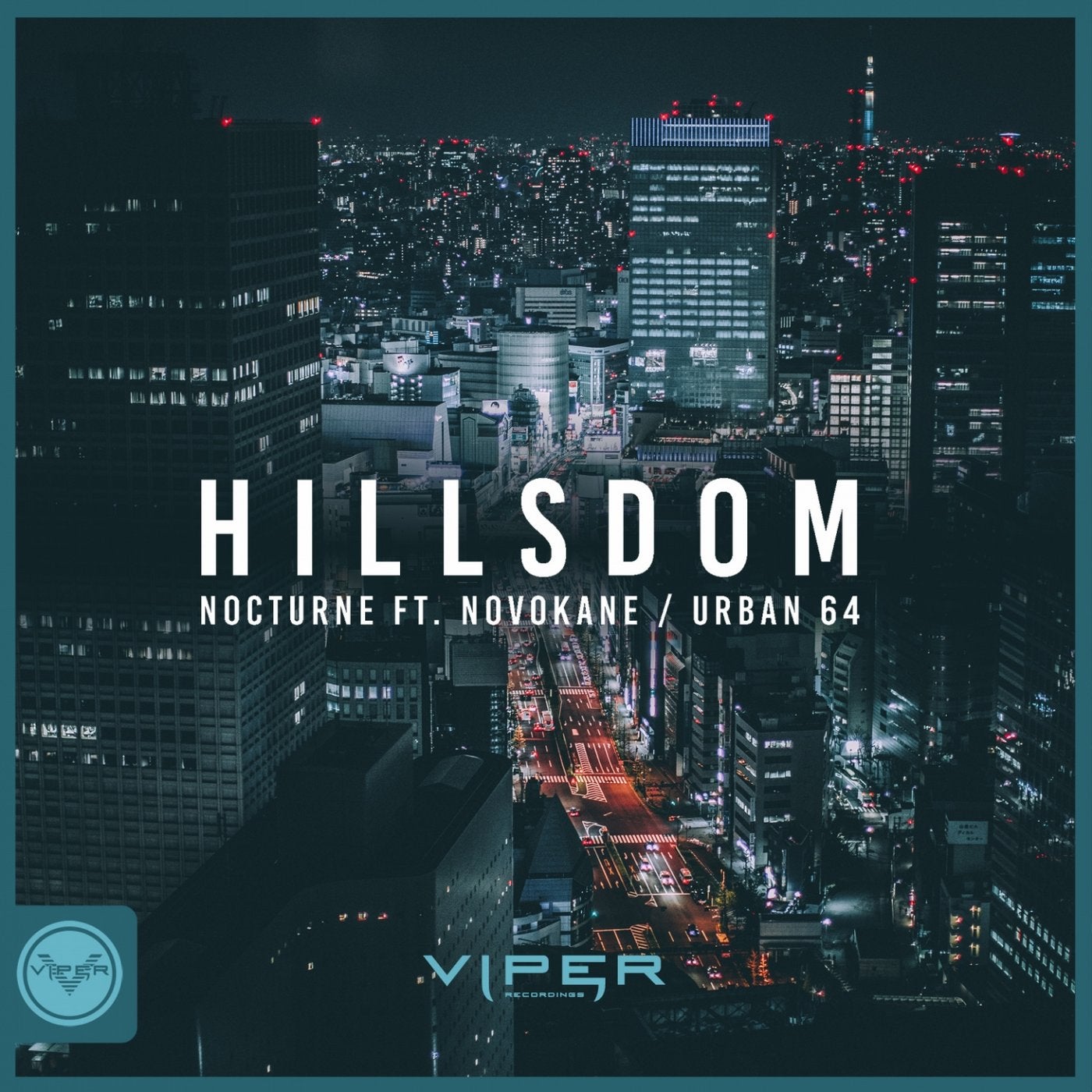 Despite being relative newcomers to the drum & bass scene, Essex based duo Hillsdom, otherwise known as Jake Hicks and Jack Pike, have been deeply immersed in music since childhood. After playing and performing in several rock bands together, the two friends came together to release their first drum & bass track last year, 'Lucid Dreams', on UKF's Pilot label.

Futurebound has long been known to spot budding talent for Viper, and further propelled the duo's career forward with the release of 'Thoughtless' on last year's Summer Slammers compilation, followed by 'Sluggish' on Viper's 2018 Annual album, along with their recent remix of the Brookes Brothers' 'Now I'm Found' from their new album, 'Orange Lane'.

The talented duo are now back with yet another dynamic release on Viper, this time with a two-sided single that highlights both their diversity and increasingly distinctive sound. 'Nocturne', features the vocal talent of Novokane, who was featured on their first single 'Lucid Dreams'. Soothing vocals glide over production that is simultaneously elegant and heavy, a unique and memorable sound which is quickly becoming their trademark.

On the flip, 'Urban 64' is an elegant and fluid track with spacious atmosphere, with bold, echoing, xylophone-driven melodies juxtaposed against their unique techy-yet-groovy bass.

Hillsdom have once again proven they are a name to watch in the drum & bass scene, and Viper is proud to add their latest release to the labels prestigious catalogue.