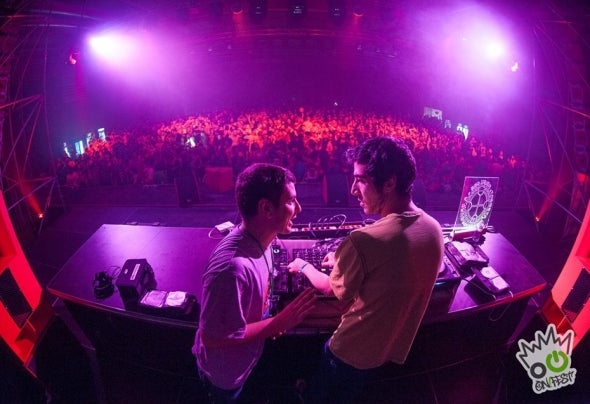 Martin Popov (Konspirator) and Dimo Panguelov (Mocks) are certainly among the most emblematic artists on the Bulgarian electronic scene. Then and there, at the dawn of this relatively young musical trend, the two of them take a firm stand among the front line of the Bulgarian organization for drum and bass culture - H.M.S.U (in 2003 and 2005, respectively).Both of them are sworn admirers of the unconventional rhythm and, even though each of them follows a different path, they share a common addiction to music. With care and effort they find and attend all events in the subject area, and constantly enrich their musical horizons. Not long after, their mutual motivation towards progress in music unites them in a stormy tandem. Under the wings of H.M.S.U., the two artists are forever bound and devoted to the bass- intensive vibes.The DJ combo proves fruitful and, over the years, the duo performs on a stage together with first-rate artists, such as Amon Tobin, Andy C, Dj Hype, Dj Fresh, Faith No More, Goldie, LTJ Bukem, Moby, Noisia, Pendulum, The Prodigy, Roni Size and many more.They have encountered a rather notable amount of foreign and local artists, DJs and events. In this way, they gain numerous opportunities to cultivate their musical interests and attain a high and confident position, which very few artists from the region could reach.The climax of over 10 years of musical advance ripens into a logical subsequent step - the formation of the project High Roll. With this new initiative, the duo aims to present to the audience its own production and vision of Mocks + Konspirator. Underlying is the production of quality authors music, as well as the development of conceptual projects together with local and international artists.The first production batch is already a fact: four tracks are out and about. T hey are difficult to define, in terms of genre, yet, teasing the ears with a tasteful mixture of drum and bass, jazz, dub and reggae themes.High Roll are currently working with the legendary Dj SS and Formation Records. First official EP is called "It's You" and has 5 author tracks inside. Together with another two tracks released for the famous label they seems to be one of the next big acts discovered by the dnb icon - DJ SS. Expect soon more music to follow exclusively for Formation Records.