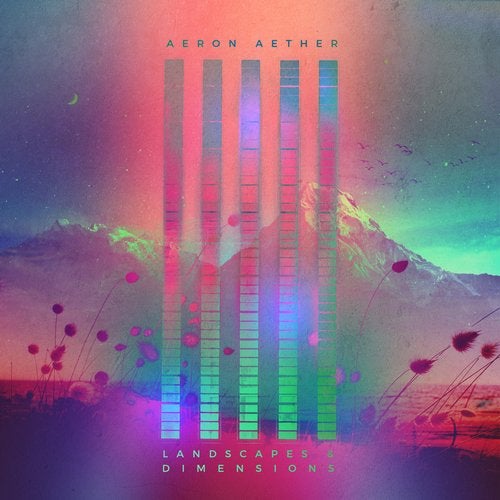 Aeron Aether, celebrated veteran composer and longstanding mastering engineer for our imprint, has released dozens of beloved singles and remixes in his illustrious career, including collaborations with the likes of Matt Darey and Mango. Ten years in the making, his debut album, "Landscapes and Dimensions," finds the Hungarian virtuoso in peak form. A champion of various shades of house and trance, as well as a pioneer of the melodic progressive breaks genre, Aeron continues to test the boundaries of sound design, all the while showcasing his unique brand of forward-thinking, cinematic, and emotive electronic music.

Aeron's eclectic, yet consistently beautiful (if not ethereal) debut album comprises over a dozen extraordinary tracks, including four standout vocal numbers with Simon Latham, Sean Darin, Sebastian, and Krister Linder. Other album collaborators include Bobalino, Retroid, and fellow resident sensation Terry Da Libra, who lends production support to the album's breathtaking first single, "Hope Unchained." The album intro and outro cuts, the mystical and gorgeous "Florescence" and "Syntharsia," prove to be veritable scores to untitled films, and outside-the-box, acoustic-meets-electronic numbers like "Summaer On" and "Baranya" explore Aeron's interest in more primitive, world-music influenced instrumentation. Of course, Aeron's passion for breaks remains stronger than ever, and, on that front, he proudly showcases a few of this finest examples of the genre, including the album's second single, "Falling," and the most obvious homage, "Mind Driver." Needless to say, it is our extraordinary honor to share the debut album of Aeron Aether, a masterful musician, consummate professional, and true gentleman.