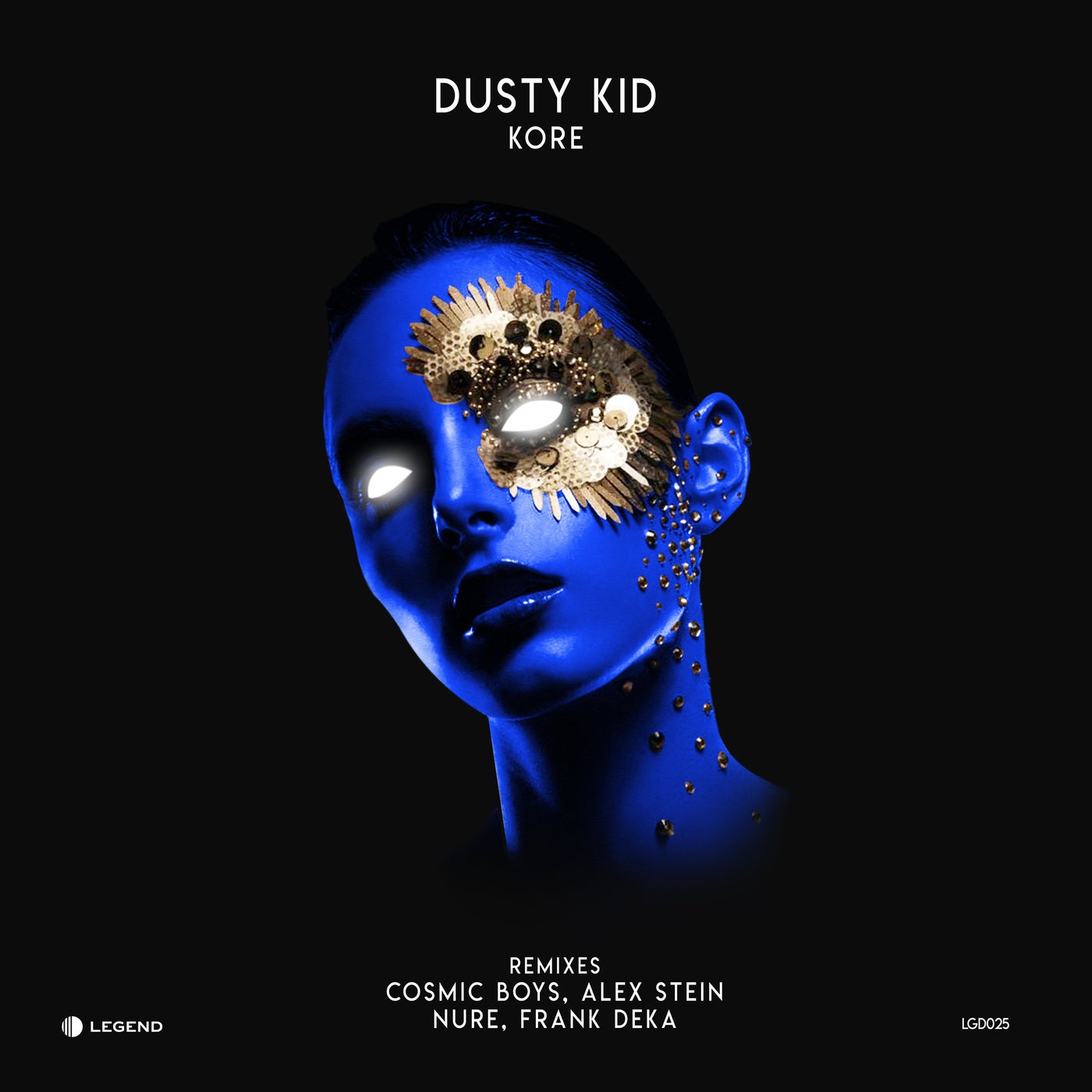 Italian artist Dusty Kid has been a feature of many leading techno imprints such as Filth On Acid, Noir, Octopus and BPitch. One of his most iconic tracks 'Kore' was released in 2007 and this EP features four new remix versions by Cosmic Boys, Alex Stein, Nure and Frank Deka.

Kore was originally released on the now defunct Boxer Recordings, but has been licensed to the Cosmic Boys' label Legend for this extra special 2021 remix EP.

Cosmic Boys have released many times on their label Legend in addition to other imprints such as UMEK's 1605 and this year have found themselves No.1 in Beatport's techno charts. Their remix is a chunked up version with added tempo that adds a sinister touch to the parts from the melodic original in order to create something perfect for modern dance floors.

Germany's Alex Stein is known for his tracks on Terminal M, Senso Sounds and Tronic. He adds a throbbing bass to the original's iconic melody and delivers an intense version that builds towards an epic breakdown and fully embraces the majesty of this iconic track.

Nure is a French native who makes her debut on Legend following outings on Mango Allie and Intention Music. Known for usually having a deep and melodic style, she approaches her remix of Kore from a different angle and like the previous two versions, decided to ramp up the energy with a dark take of Kore that teases the melody before unleashing it in all its glory.

Last of the four versions comes from Frank Deka with appearances on imprints including Suara, Loose Records and Unity Records. Staying true to the original, his version focuses on a heavy kick drum and thrashing percussion without losing sight of what makes Kore such a special piece of music.

All four have added punch and an increased ferocity that ensures this 2007 minimal classic is brought up to date for today's techno audience without losing any of the magic that made Kore such a hit for Dusty Kid.