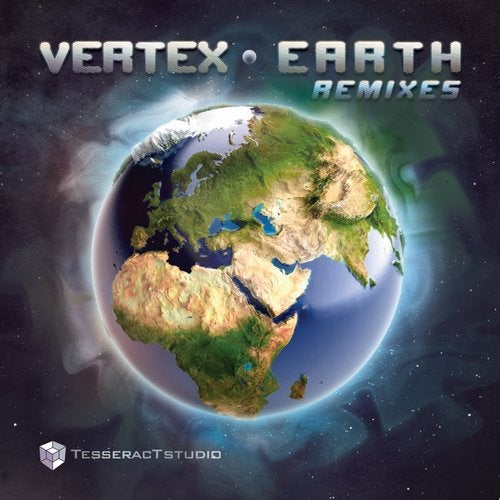 TesseracTstudio invites you to re-experience the wonderful sounds of "Earth" with a special remix release.The clean melodic style of Vertex second album "Earth" was a pure success recognized not only by festival playtime and dancing crowds, but also through feedback of fellow producers who made reinterpretations in variety of styles based on their own visions of "Earth". Release features a playful diversity of international artists such as Nerso, Lyctum, Midimal, Subliminal Codes aka Pion, Human Element, Side Effects, Suduaya and Aquafeel. From fierce grooves of nocturnal psy progressive to daytime progressive house influenced tracks, there's no question you'll find a remix that fits your taste perfectly. With this album Vertex have completed dedication to the element of earth, the second in theirseries of concept albums inspired by the four elements. Until it is known what the next one will be, enjoy another blissfull journey around the Earth.