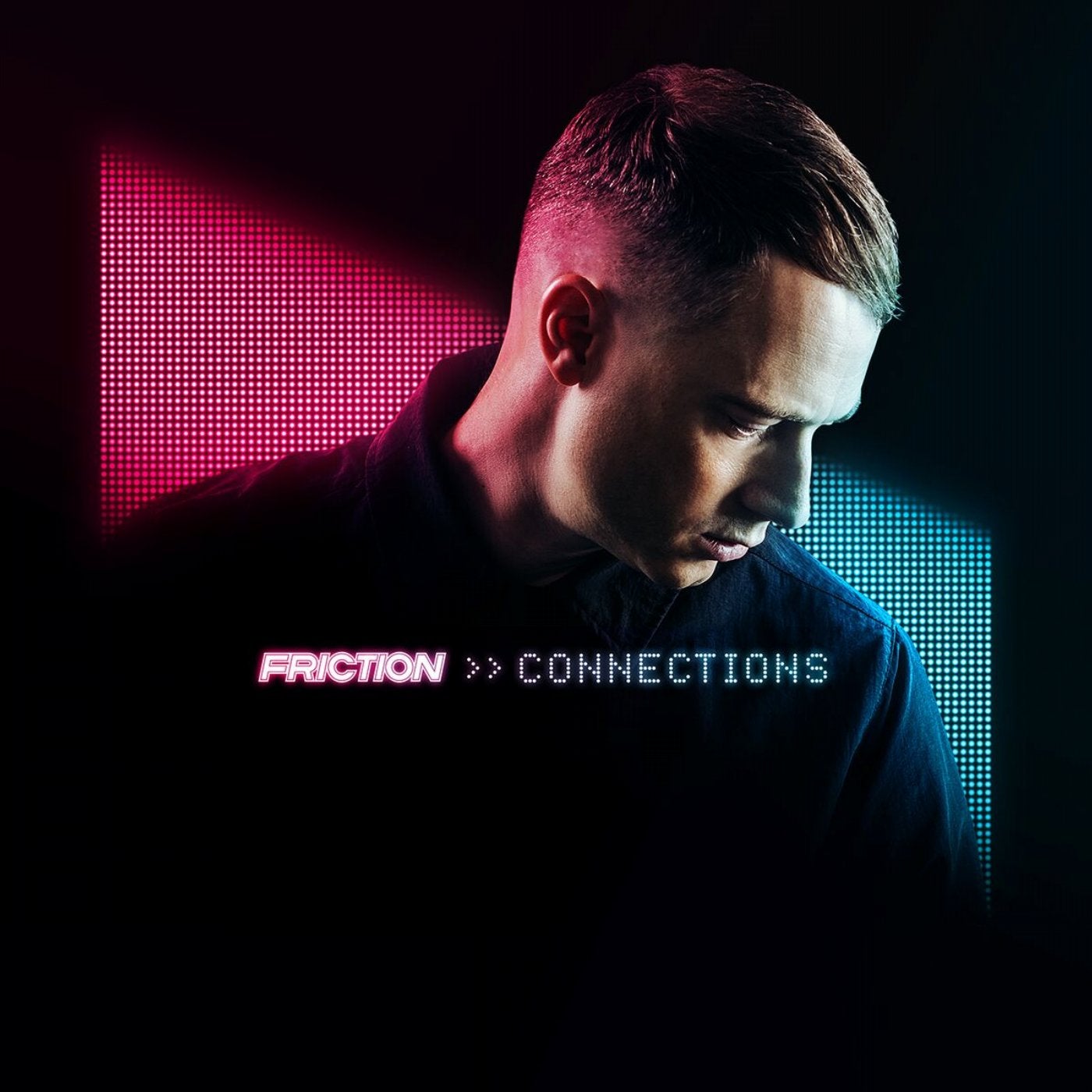 Exclusive
After 4 years in production, worldwide DJ sets, a BBC Radio 1 show and running his record labels, its with huge pleasure that Elevate Records announce Frictions debut album 'Connections'. The LP takes off with nods to past and present. Commotion featuring Jem Cooke is an early indicator of a DJ/Producer with a solid understanding of sonics and songwriting. Ultrafunk is a high octane dancefloor blast with Metrik jumping on board as co-pilot. Dancing then provides the delectable soulful vocal of JP Cooper. The perfect balance of emotion and energy, its destined to be taking flight across the airwaves this summer. Mad In The Jungle ft Doktor has been busy treading tracks while Blue struts through showcasing old school vibes aplenty. 'Fall Away' takes the pace down with floating vocals from Indiana and is a blissful layover from the journey so far. We pick up the pace again with Running featuring Raphaella. Hitting the tarmac at serious speed this one is a straight up floor filler highlighting Frictions ability to control the rave. A long time Junglist, his tale wouldnt be complete without the roots laced Forever Dub - Kiko Bun smashing lyrical duties. Killing Me harnesses Rothwells vocals into a low-end hike which transfers seamlessly into Stinker featuring Riko Dan & Tantrum Desire - already an underground powerhouse. With its crisp nostalgic pianos, All Nite lands on the familiar ground and brings Connections to a close. With previous singles picking up extensive support from the key tastemakers of dance music, these chart-topping tracks were merely a snippet of Frictions journey. Traveling through radio airwaves to dance floors to festival arenas, you wont be able to escape the love and support from Friction and his debut album.