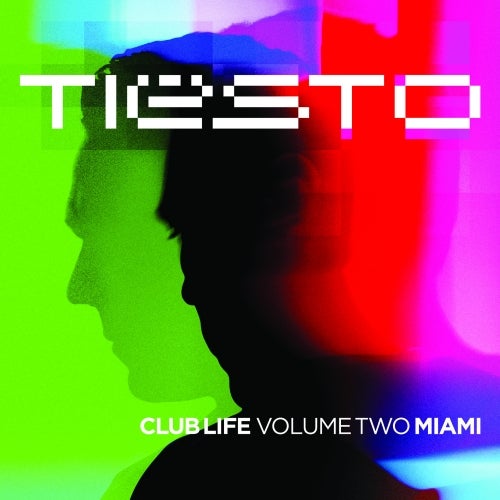 Tiësto's new Mix album, CLUB LIFE - Volume Two Miami is out via his own record label, Musical Freedom. The second installment in Tiëstos exciting CLUB LIFE series is inspired by Miami - one of the worlds premiere dance music cities. Tiësto explains, "I picked Miami because its one of my favorite cities in the world. Theres so much to do, the club life there is amazing, its a very glamorous city. I play in Miami a couple times a year and thats where I got my inspiration from on this album." CLUB LIFE - Volume Two offers unique access to Tiëstos Miami, a city renowned for its world class night life, beautiful party goers and everlasting summers. Tiësto crafts the CLUB LIFE experience masterfully, using his own exclusive original productions and remixes as the driving force behind the album. Exclusive songs, written by Tiësto specifically with the Miami club culture in mind, include the enormous Wolfgang Gartner collaboration We Own The Night, the aptly titled Chasing Summers, and a high energy team up with Russian trio Swanky Tunes on Make Some Noise. "I wanted to create songs that give fans the opportunity to experience the sound of Miami clubs, whether theyve been there or not," Tiësto says. Showcasing his pre-eminent remixing abilities, Tiësto has created a handful of remixes for Volume Two. Coldplay's Paradise gets a shot of patented Tiësto adrenaline; Gotye's international chart topper, Somebody That I Used To Know, is reimagined as a late night party starter; The Naked & Famous indie anthem Young Blood gets tag teamed by Tiësto and young Dutch star Hardwell; and lastly Afrojacks latest hit, Cant Stop Me Now, is ramped up into a muscular, floor-filling affair. Commenting on his remix work Tiësto says, "With the remixes on this album, I took a handful of songs I love and created remixes filtered through the CLUB LIFE sound. Im really proud of how theyve turned out and am excited for people to experience them." Rounding out the mix, Tiësto calls on his fellow DJs and producers, sprinkling in personal favorties from his Musical Freedom label as well as exclusives: Baggi Begovics If A Lie Was Love, Sultan + Ned Shepards emotive Walls and Avesta's festival anthem Arena all inject a perfect dose of contrast and balance as only Tiësto could. Tiësto's official online store is selling exclusive CLUB LIFE - Volume 2 Miami merchandise bundles, including signed copies of the album, t-shirts, posters and more. Tiësto will be supporting the album throughout 2012, starting with his March 23rd headlining performance at the Ultra Music Festival in Miami and continuing with more than 100 dates on the CLUB LIFE WORLD TOUR.