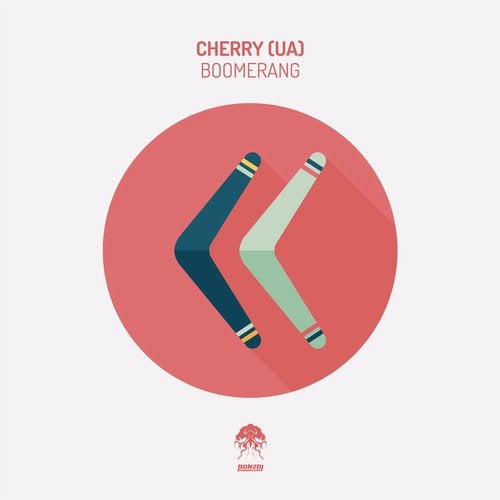 Cherry (UA) aka Ukraine based DJ and producer Oleh Cherkes kicks off 2019 with the superb Boomerang which also features a remix from Miss Monique on his previously released and well received Masakra. No stranger to the scene, Oleh has several releases on various labels and his music enjoys a lot of support from across the board. He is also known for his dynamic, building sets that always pleases the crowd. He is notching up quite an impressive catalogue of solid tracks here for us as well as providing top notch remixes. An artist who is certainly on the up, we always look forward to his latest offerings.

Boomerang is delivered in true Cherry (UA) style, full of cosmic elements and hypnotic phrases. A solid, beefy groove is made up of chunky kicks and warm, rolling basses while mesmerizing melodies float overhead. The track builds and builds sucking us in to the break where we're treated to goose bump note changes before climaxing back to the main groove, top notch stuff, a must have.

My Space continues the space-age like theme on this release with a trek deep into the cosmos, complete with robotic voices and infectious arpeggios. A tight drum section powers the rhythm as driving, rolling basses deliver a steady cadence for us to get down to. The arps really stand out, totally mesmerizing and on the break, they rise to a blistering climax making this the perfect track for peak time, no doubt.

Ukrainian DJ and producer Miss Monique joins us at Bonzai Progressive for her debut with a remix of Masakra and we're hugely impressed with the delivery. Possibly the most recognised female Progressive House DJ's in Europe, Miss Monique is gradually rising to prominence, beginning to create waves on the international circuit too. In recent years she made her debut in Ibiza, as well as hundreds of shows across the globe. Her eclectic mix of trance, progressive house and techno, gives her a versatility that is suited to intimate venues and festival headline slots alike. Since entering the studio, she has begun collaborating with some of the world's most important DJs, her biggest and most recognisable hit titled No Fear was championed by the likes of Armin van Buuren, Paul van Dyk, Paul Oakenfold, Gareth Emery, and many more. Her live sets on YouTube have garnered thousands of hits, with her most popular set at Radio Intense boasting 13 million views. With 200k subscribers and counting, Miss Monique is a Ukrainian DJ worth watching out for. With her acclaimed Podcast, Mind Games, fans are treated to a fresh DJ set every month. Here, Miss Monique captures the mood of the original beautifully, creating a wholly immersive experience in progressive house. Deep droning basses are contrasted with sharp synth stabs as deft note changes raise the energy levels to the backdrop of a solid drum section. Rich voices raise the hairs on the back of your neck making this one of those tracks you just have to play out.