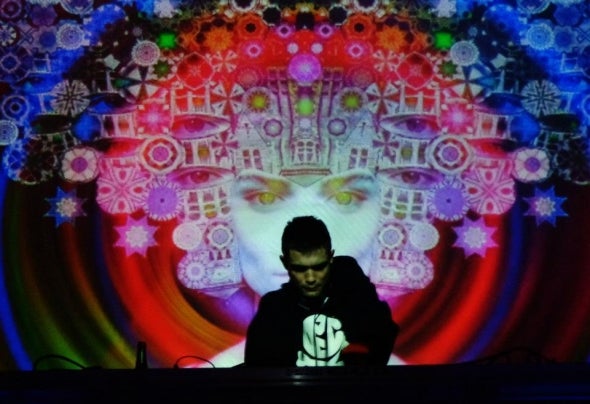 Z4thoichi is the project in which Javier E.R has been immersed for the last few years.He started listening to the music of the 60's and 70's when he was a kid and he already knew it wouldn't stop there. Being a drum player, percussionist, bass player and autodidact, he has always been interested in all types and styles of music from all over the world, imbibing his being with everything he has listened to.In 1998 he started a punk-rock band called Paper Plane, where he played drums and he started to realize he really loved creating rhythms. From then on, he has been involved in many bands of different styles in which he both contributed and learnt.In 2004 he discovered psychedelic trance and the rave scene, and he spent many psychedelic night in Decades, an epic bar in Seville, his home town. Those experiences encouraged him to participate in that trend and share his feelings about the music.In 2005 he founded with other friends Psylocibe, a psytrance collective from Seville that offered its particular vision of psytrance, throwing indoors and outdoors parties with the best djs of the andalusian scene.From that moment on he has been very active, playing in free parties and different clubs in Spain such as El Tren and Quilombo, and also in some important festivals like Kuruputo Festival (Argentina), SkizodelicMind Festival, Connection (Spain)...In 2010 he became fully involved with this music, producing Psychedelic Tech Funk under the name of Z4thochi, with a very promising career and having had his tracks remixed by renowned artists such as Andy Faze, Charlie Kane or Forufrezzer.At the same time, he works on another project with his brother in arms Álvaro Pizá a.k.a. Psyde-B under the name of Djambi, giving their particular vision of psytrance, which they call 'Psyriousdelic Trance'.