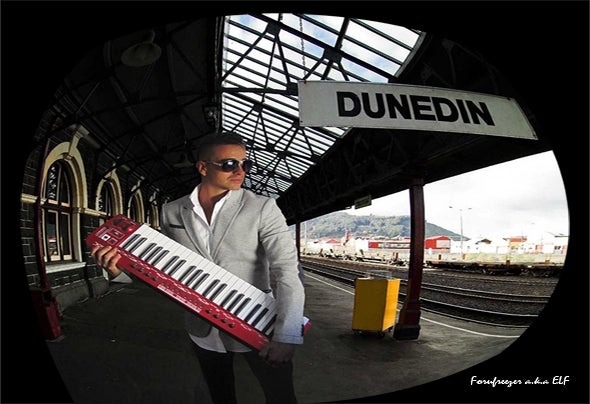 From south Spain (Seville) with only 13 years of age i got introduced in to the music world.I started to listen to diferent radio stations, like maximo volumen,alto voltaje...etc Witch made me get interested in styles like hardcore & breakbeat. Around 1997 i bot my first set of vinyls,later i started learning the art of dj'ing based in hours of practice ( i got to have 5 or 6 full cases of vinyls in between retro and actuall music).In between 2000/2001 i had the oportunity of disk joking en a few raves of the zone and arround. In 2002/2003 i started as residence in Sala joker but it was in 2006 by the hand os Sunshine crew, and with the name( FORU ) , wen i had my first oportunity in a important festival, in witch i shared poster with dj's like Greg J Aka Kidbippy, Lawgiverz, Sonz Of Mecha and a selection of national dj's.In this same year and after this ocasion i continued d'jing in festivals like End Of summer 2006 ,Palenque of Seville, Bass Pressure, breakroom and in the hottest clubs of the moment.Sharring poster with international and national d'js like Aquasky, Distortionz, Badckraft, JayCunning , piter paul, rasco ,man, Specimen A, Far To Loud, Chris Carter, Stu Chapman, Dj Nee, Eskimo, Enzyme, Malice, Retchord, D-Ranged, Takomo, etc.Today took the practice of the Scratch very advanced, accompanying each Set with scratchs. In mid 2008 i introduced in the world of production,i started to produce with Ableton Live( witch i still use). My new name as Dj & Producer is Forufreezer a.k.a E.L.F.