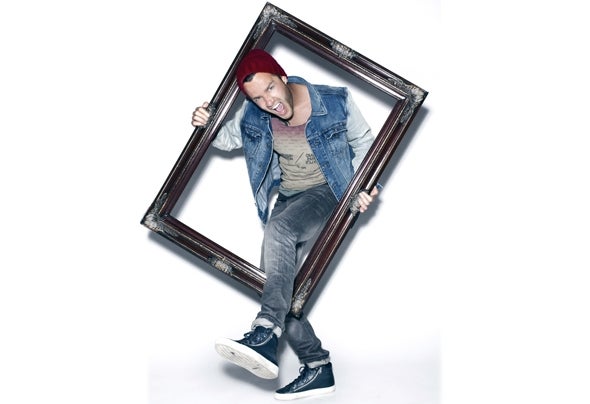 A DJ since he was barely a teenager who became one ofthe first true superstar DJs, a BBC Radio 1 presenter forover four years, a Mixmag columnist, an award winningproducer and remixer, a record label owner, an electronicdance-music pioneer – is there anything Fergie dj hasn’tticked off the list? (Well there was that offer of a reality T Vshow which he turned down but that’s another story.)Fergie dj has had many sounds, identities and even a briefname change over the course of a career that began overtwenty years ago back home in Northern Ireland but hasundoubtedly remained one of dance-music’s mostcontroversial, most successful and most loved characters.2012 marked the beginning of a new chapter of hisincredible story when he left Europe and headed for a newhome, the hedonistic party capital of the world: Las Vegas.With his most audacious move yet came a bold new soundand another chameleon-like reinvention to go with it. T hethree illustrious DJ residencies he now holds in America isunprecedented: at the iconic Wet Republic pool party, theHQ Nightclub in Atlantic City and from this Spring at thenewly-opened Hakkasan Las Vegas Nightclub. HakkasanLas Vegas is an ambitious concept that Fergie dj will be acentral part of and will see him tailor his DJ performances tosuit the unique capabilities of a venue which is set tobecome one of the top nightlife experiences in the world.Residencies have always been a key part of Fergie dj’scareer; Trade in London was where his career took off andhis ascent to global stardom was continued in Ibiza wherehe was a resident for Godskitchen at one of the island’soldest and renowned clubs, Amnesia. Along his eventfuljourney to the top there’s been some extraordinarymilestones. He remains the highest new entry of all time inDJ Mag’s “Top 100 DJs” poll (at number eight in 2000). Aswell as his weekly BBC Radio 1 show that championed freshunderground sounds to literally millions of listeners, histhirteen DJ mixes for the world renowned “Essential Mix”show on the same station makes him one of the mostfeatured DJs of it’s ten year history. In the studio he’sremixed a diverse range of acts and artists, from the PetShop Boys and Tears For Fears to Umek and UNKLE. He’sheadlined the world’s most famous clubs and festivals; fromthe Berlin Love Parade (on the back of a moving floatplaying to over one million revellers) and in Argentina withMoby and over 50,000 party people, to the muddy fields of the Glastonbury festival. He’s even won the world’s biggestDJ competition, beating Fatboy Slim, Carl Cox and DarrenEmerson (ex-Underworld) to the crown.Fergie dj is still keeping people dancing to the beat of hisown drum. Now working with Studio DMI, new songs will beavailable soon. Keep track of his wacky ways on Facebookor Twitter using “fergiedj”.