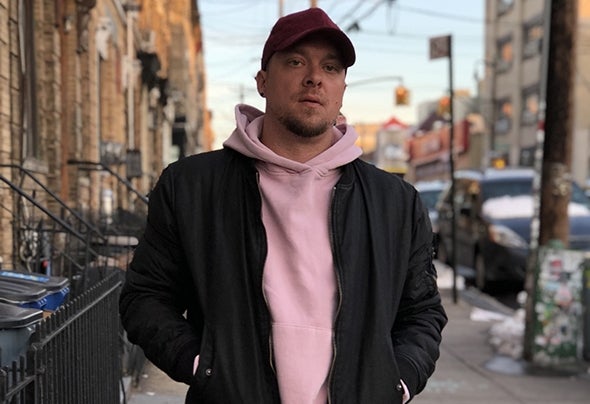 From humble roots as a teenage bedroom DJ in sub-rural Pennsylvania, Chris began playing out regularly at clubs and bars while still a minor in Philadelphia in 2001. Since relocating to New York City in 2007, he gained popularity as a resident DJ during the resurgence of the illustrious SOUP parties at Manhattan's legendary Sullivan Room, and now holds down regular gigs on any given night for the dance music faithful at mainstays such as Cielo, Output, TBA Brooklyn, or at one of the city's plethora of after hours parties.Chris's production influences are deeply rooted in classic deep house and garage, yet his eclectic selections during sets champion bass-driven, forward-thinking sounds regardless of genre labeling - albeit never at the expense of the pulse of the dance floor. After releasing a few tunes on a compilation for Sullivan Room Records in 2014, his debut solo release, Blessed EP, arrived in early 2015 followed up by remixes for Funky Element and Philly's emby imprint. Following up his remix on SOUP's inaugural label release, Chris's sophomore EP arrived in the Summer of 2016 via Brooklyn's Good Company Records featuring a remix from Walker & Royce, which was later licensed to the Space Ibiza 2016 compilation. Watch out for a solo EP on the SOUP label, as well as various remix projects coming up in early 2017.Whether through his original productions and remixes, DJ sets, or duties as A&R for the newly launched SOUP label, Chris is intent on spreading the gospel of music to dance floors throughout the universe.