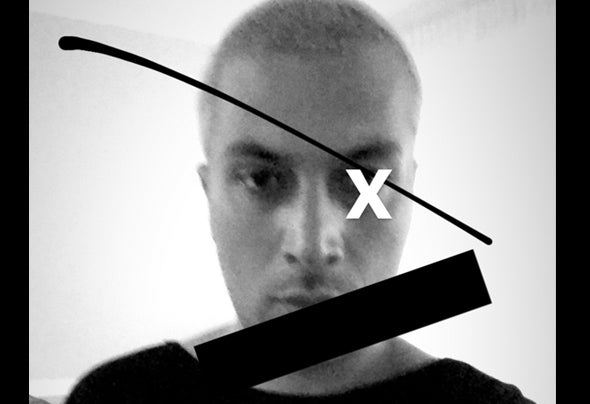 0010x0010 is an audio/visual artist born in Helmond, Noord Brabant, the same region as Vincent Van Gogh, in the south of The Netherlands. At age 18 he moved out on his own, signed his rst record deal, bought equipment from the advance money and began releasing and performing underground dance music. Pressured to be “more commercial”, he switched career and styles,He played 30+ shows in one of the most controversial theatre shows in Holland, “De Bende Van Venlo” and signed a Major record deal as a producer / artist with MCA/Universal in London. After the release of only one single, he left the label over creative differences and moved to Los Angeles to focus on a new visual art, lm, photography and editing career. Over time, working on just visual projects was not satisfying enough, so he got back to releasing underground music again. This period lead him to begin fusing his visuals with his music and audio designs; the birth of what we are seeing and hearing today. His current string of music releases showcase a signature sound in comparison to his contemporaries, earning global support by A-list DJs including Amelie Lens, Chris Liebing, Dax J, Joseph Capriati, SLAM, DJ Rush, DJ Pierre, Ellen Allien, Nina Kraviz just to name a few. Many of his tracks can be heard from Berghain, Tomorrowland, Boiler Room to BBC Radio 1 as well as in movies including “Compulsion”, starring Analeigh Tipton.