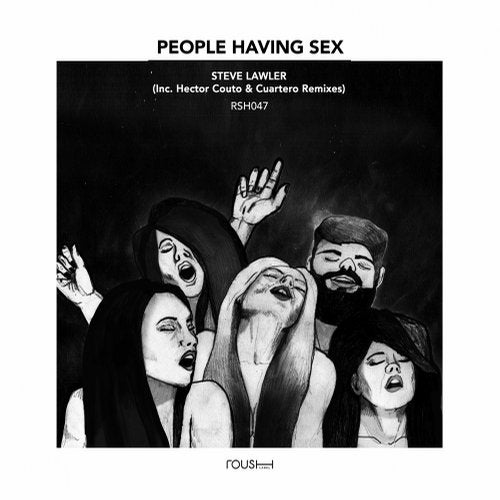 Steve Lawler makes his debut on Hector Couto's thriving Roush imprint to kick off 2017, with both Couto and Spanish talent Cuartero providing two stellar remixes.
2016 has seen Hector Couto's Roush take a firm hold within the world of house, with releases from industry heavyweights including the likes of DJ W!ld, Steve Rachmad, Santé, Neverdogs, DJ T. and more this year alone. Next up is VIVa boss Steve Lawler, who finally releases 'People Having Sex' as his first offering on the label.
"I'm very happy to now release this track. I made it a couple of years ago around the time I made 'House Record' that was eventually released on Hot Creations. I was experimenting with my old Roland machines, trying to re-create a sound that I was aware of in the late 80's. This track 'People Having Sex' was never sent out to anyone at the time and just kept it for my DJ sets. Now 2 years on, and under the desire of many people asking what this track is throughout all of this summer, I have decided to release it and where better than Hector Couto's House label Roush" - Steve Lawler
Lawler's original opens up the EP in fine style, revealing ever-evolving 303 lines, mischievous vocals, 808 claps and precise percussion patterns that combine to combine unearth a record unquestionably intended for the dancefloor. Next up, Roush boss Hector Couto's interpretation firmly places its emphasis on percussion, with a driving low-slung groove and rugged drum licks guiding the production into an energy-fuelled workout across five and a half minutes.
Lastly, Cuartero's remix shapes up the package by utilising the original's playful vocal over a bubbling lead line whilst a series of glitches and pops ebb and flow amongst shuffling hats in the background, rounding out yet another impressive package from the team at Roush.
Steve Lawler 'People Having Sex' is out on Roush on January 30th 2017.