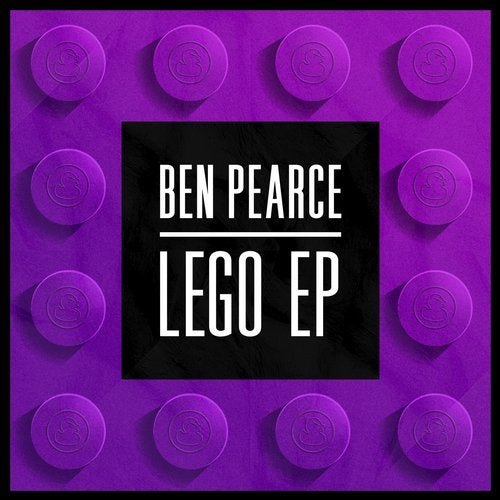 http://www.facebook.com/PurpSoul Purp & Soul's first release of 2014, and their 9th thus far, comes from label head honcho Ben Pearce. The Lego EP which will be released later this February sees Pearce return with a more club influenced approach that will certainly turn heads for all the right reasons. The Manchester born and bred DJ and producer released his first full-length EP What I Might Do in 2012 via MTA Records, dominating club floors across the entire world and topping at #7 in the UK Charts. The EP gained plenty of backing from the likes of Jamie Jones, Annie Mac, Heidi and it was nominated Essential New Tune on Pete Tongs Radio 1 Show. Lego takes an alternate direction to WIMD, displaying Pearces energetic and unique style which he injects into the clubbing realm. These tracks have been tried and tested in venues globally, made only with the dance floor in mind. The vigorous off-beat bassline in Lego' mixed with the catchy unyielding vocal samples creates a stark contrast to 'The Rain Is Coming', with its luscious synth pads and bewildering nature. GBH' brings it all back with its distinctive vocal samples and entrancing beat, rounding the EP off perfectly and making it instantly captivating and memorable. In addition to his DJing and producing, Pearces independent label and DJ agency Purp & Soul will be having its busiest year yet. The tight-knit label is host to a wide range of genres with its efforts to push unknown talent into the spotlight, will be releasing a split EP from three exceptional artists, a record from Harry Wolfman and the launch of a vinyl only sub label. Ben considers Purp & Souls roster to be like a family, with a fresh array of talented artists, such as Harry Wolfman, Mark Wells, Resketch and Real Connoisseur to name a few. A busy global touring schedule, including Bugged Out Weekender, Snowbombing, Miami WMC and an Australian tour should make for a very busy year for both himself and Purp & Soul as a label. On top of that, Ben continues his close relationship with MTA Records, and is set to release a single in April with London based trio Black Orange Juice, watch this space for more new music from the man himself. Distribution http://www.facebook.com/Strikeforce360 http://strikeforce360media.com