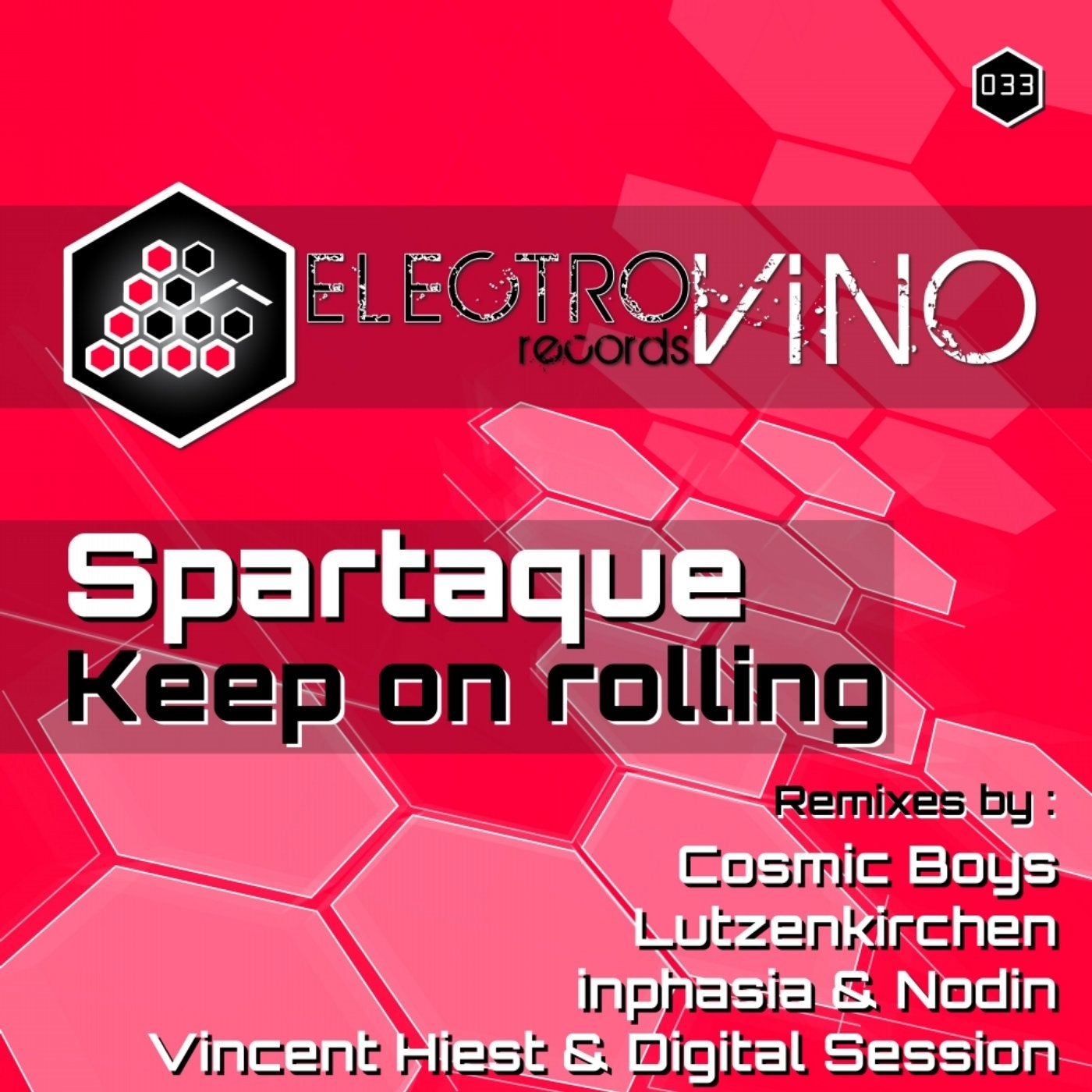 The team is delighted to present its new giant release! Electrovino Records welcomes with open arms the well known Ukrainian DJ and producer Spartaque. Indeed, EVR 033 includes a very pumping techno original mix under the name of Keep on Rolling from the boss of I AM TECHNO. His solid track will obviously make you jump on any area for dancing! As a rule, we offer you a bunch of high quality remixers. First of all, the French duo from Montpellier Cosmic Boys has created a breathtaking atmospheric remix with dynamic and hard-hitting sounds, which add energy to the whole track and the result is absolutely fabulous. Secondly, the German artist Lutzenkirchen who has been on the techno scene for uncountable years. He has brought an effective rework in-depth whilst also fully respecting the original mix. In short, his version will make you go bananas. Coming in third, another duo from the south of France Inphasia & Nodin. After several collaborations with us, they are back with a smashing remix in the vein of their other compositions: a fat techno style! To finish this new release off, Vincent Hiest & Digital Session have also revisited Keep on Rolling. Their well established version has its own unique character and the crowd will not be disappointed, there is no doubt about it. Enjoy the music with Electrovino Records!