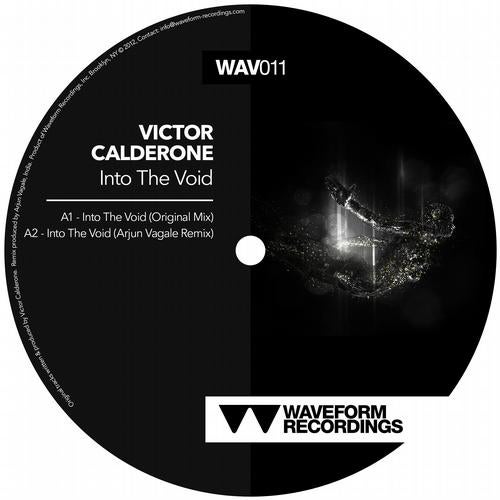 Label Boss, Victor Calderone, brings his third release to Waveform, Into The Void (Single). Coming off his monster Drumcode release with Nicole Moudaber, The Journey Begins, which had both originals slam into the Beatport Techno top 10, Victor brings us another trip induced record with a story. He has long earned his bona fides among deejays as a sonic innovator in house, techno and tribal music. His sets draw thousands of people, & his mixes listened to all over the world. For Calderone, it boils down to one word that acts as both his brand, mantra and raison detre: EVOLVE. Also included in this package is a monster remix from Arjun Vagale. Arjun Vagale is arguably one of the most in-demand DJs in India. As one of the countrys biggest EDM exports, he plays over 100 gigs a year, touring regularly in Europe and Asia, often spends his summers in the worlds techno Mecca, Berlin. A man with a true passion for underground music, which he relentlessly plays, produces and promotes. No wonder he was awarded 2011 2012s Best Techno DJ and DJ Of the Year, and most recently, took top spot on the first ever DJ Mag India Poll 2012. A1_Victor Calderone_Into The Void(Original Mix)- The track starts with a phat drum groove with the background sounds slowly coming and morphing in the track to add to the trip factor. A slinky synth, a classic Lead, and a top quality vocal round this track out to be another mega record from Victor. A2_Victor Calderone_Into The Coid(Arjun Vagale Remix) - Arjun Vagale remix for Waveform is a big one, huge beats, and a relentless mid-bass hook will keep that dance floor moving for the peak of your set.