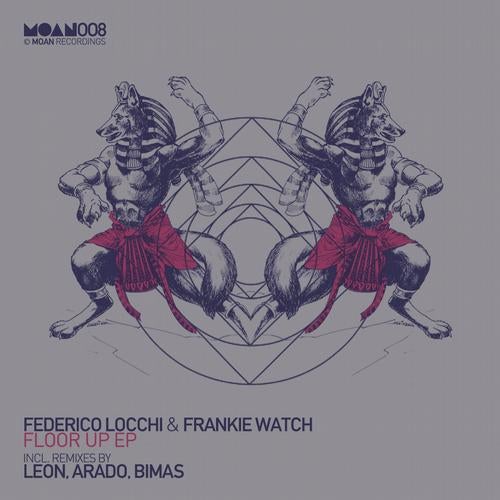 MOAN is pleased to present this new Ep by Federico Locchi, an Italian artist who worked with other famous labels such as 8bit, Great Stuff, including a collaboration with Frankie Watch, working with him in this awesome release. To complete it, there are the three fantastic remixer: Leon. 31 year old Leon from Italy is a man that has been making major waves in the house scene since his breakthrough at the beginning of 2009. Bursting onto the scene with a bang, Leon has carved out quite a reputation in such a short period of time., and this looks set to grow and grow. Releases for Steve Lawlers Viva imprint kicked things off, followed by releases with Nick Curlys much talked about Cecille label in Manheim, and the highly successful Rebirth records in Italy as well as remixes for artists such as Audiofly, Felipe Velenzuela & Ali Nasser. Arado, from Desolat and Remote Area to Moon Harbour via Dusseldorf in short, thats how Arados story is best summed up. With the spotlight getting brighter for this talented German export, hes already accrued a world-wide scroll of premium parties at Cocoon and Watergate Germany, Tenax in Italy, Café DAnvers in Belgium, WMC in Miami, and a leg- endary closing finale last season at Space in Ibiza. Arado has already produced top releases on Cecille Recordings like Etruria Beat and Four:Twenty.Its written in the stars where this German Rheinlan- der will go, but one thing is for sure: his journey has just begun. Bimas, Dj since 1992, born in Belgium in 1980. After his success on Desolat, never say goodbye, delivers a powerfull remix on Moan.