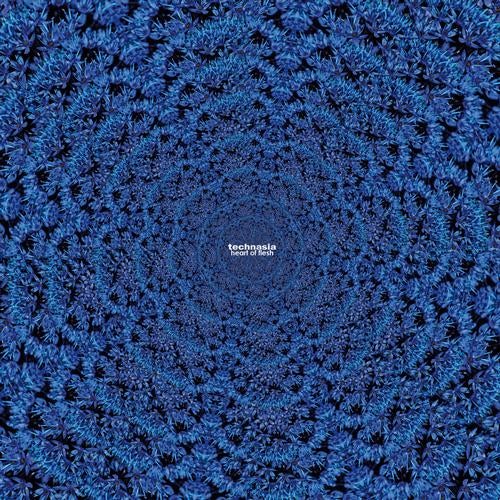 Technasia started out as a duo in 1997, consisting of Hong Kong native Amil Khan and French artist Charles Siegling. The duo had a lot of success with their wide-ranging techno releases on their own labels Sino and Technasia Records, as well as on respected labels like Music Man Records and Glass Splinters. In 2008, Khan left the group to raise a child and since then Technasia has lived on as a solo project of Siegling's. Technasia joined the Cadenza roster in January 2012, and 'Heart of Flesh' is Siegling's first release on the label. With techno as a central blueprint for his rhythmical structures, Siegling explores three different moods on this EP that show Technasia's wide-ranging, more global approach to techno.The first track, 'Heart of Flesh', is an uptempo percussion-driven groove and features a spoken-word diva sample that Siegling manages to twist into delay heaven before throwing us off an almighty precipice. What follows is a late night, rolling tech house river that is impossible to escape. Like a torrent of white water beats, 'Heart of Flesh' pulls you under the surface with powerful undercurrents. Fans of tougher, more driving rhythms will appreciate the track is a gear above Cadenza's usual cool cruising speed.The second track 'Octaval' is less beat-centric and more musical. With a symphony of machine sounds combining into a song of sorts, the track is subtle and intelligent organic techno. With jovial notes that dance with a spring in their step, the pitter patter of downtrodden drums beneath leads us to a raw, futuristic tribal dance. Technasia throws in some indecipherable Spanish female vocals, which could easily have come from a sleazy Ibiza house cut circa 2001. Final track 'Michigan Ride' hints at Motor City's past with warm dissonant stabs and a melodic underbelly. The loop Technasia builds is trippy, but it never forgets its purpose. Slowly pushing the dancefloor along, inch-by-inch, the cut slices through the early morning haze like a warm knife through butter. Touching on Berlin's new school dub techno sounds, Technasia also repeats intermittently, via a robotic vocal sample, the word "house", its meaning lost beneath the layers of genreless beats.