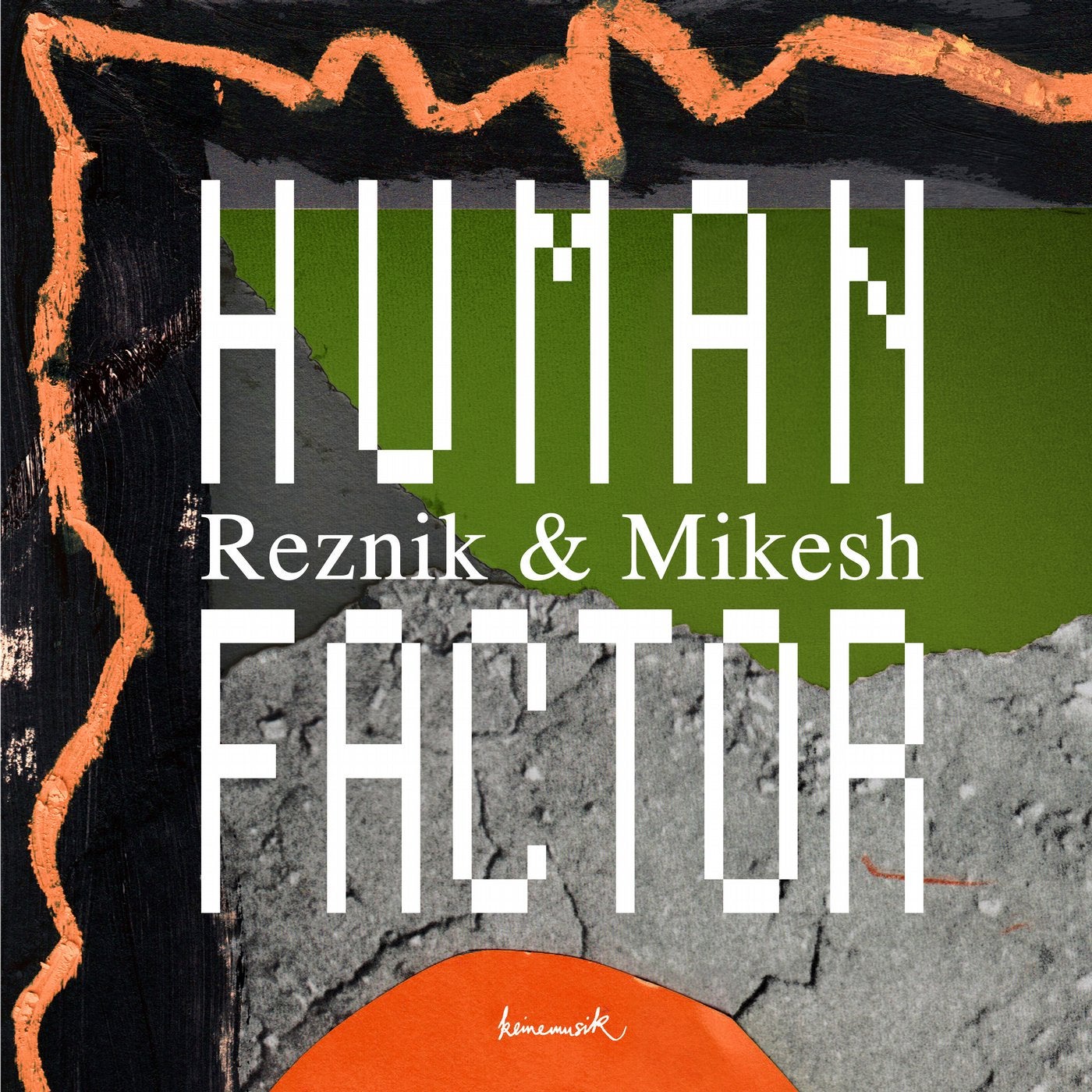 As our catalogue number KM053 appears on the horizon, we are happy to announce that it comes in shape of Keinemusik's own Reznik and his studio-buddy and friend Good Guy Mikesh's first full-fledged EP for the label. Them getting together can result in somewhat variable stylistic outcomes and so this batch of tunes certainly adds some exquisite nuances to the Keinemusik sound- portfolio. "Human Factor" on A distinctively affirms that Reznik and Mikesh are kids of the 80ies. Effectively it is synth-heaven, layering riffs, melodies and chilly beat patterns on top of each other, building a foundation to be pinnacled by that hook you might not be able to get out of your head for quite a while. So, little trigger warning right there. A strongly crafted tune that balances Pop-sensibilities, educated references, club qualities and that name giving, at all hands needed human factor into a soon-to-be classic. "It's Not You It's Me" on the flipside insinuates itself in a rather emotive manner, introducing a mantra-like organ motive, switches between stoic and dynamic drum patterns and an all-over organic feel, altogether adding up to what would be one of this season's most sensitive ways to get a floor going (if there was a season after all). Closing things off is Adam Port's take on "It's Not You It's Me", a remix that breaks the original's dynamic down to a more loop-based club-approved modus operandi, re-shaping the beat with toms and shakers, implementing drones and variations of the organ-hook, upping the ante to meet the requirements of a rather post-peak application.