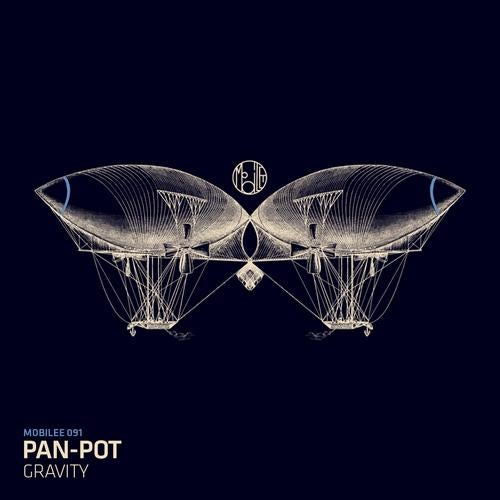 Pan-Pot may have had the best year ever after their recent hit, Captain My Captain garnered positive feedback from fans and highly regarded DJs and producers alike making them a throbbing phenomenon. Their first live gig at Sven Vaths infamous Cocoon party at Amnesia in Ibiza may have caused the ambitious duo to produced more sweat than the ring of igniting fireworks surrounding them at Awakenings in Holland, but it respectively pinned them on the map as internationally recognized artists. When the phone call came in from their idols from Slam, two new remixes were born on the 20 Years of Soma compilation. Thomas Benedix and Tassilo Ippenberger not only made their first impression on camera in 2011, but on the tops of charts as well.

Thus, mobilee presents Pan-Pots Gravity, the first single release after their successful outputs: Captain My Captain and the Lifetimes remixes. The release doubles as a teaser to the sixth edition of the successful Back to Back compilation series.

Blasting off the A-side is Gravity, a high-tempo number picking up linear momentum verse after verse, featuring serious vocals by G-Tech. On the flip, Cari Goldens soulful vocals chime in and out of the expressional No One Knows. Safeword, a magnetic duo comprised of Clint Stewart and Marc Smith from San Francisco, remix Gravity through heaven and hell as Sunset delivers a calm and spiritual opening piece slowly easing the listener into Tenderloin, a dark, grave track with subdued vocals and feeble beats.

In a whirlwind of triumph, this release is only a pint-sized preview of bigger things to come as Pan-Pot The Documentary makes its way to a cinematic premiere in Berlin on February 21, 2012. The 2011 tour-docu will be included in DVD form as part of the mobilee Back To Back Vol. 6 - Presented by Pan-Pot compilation package.