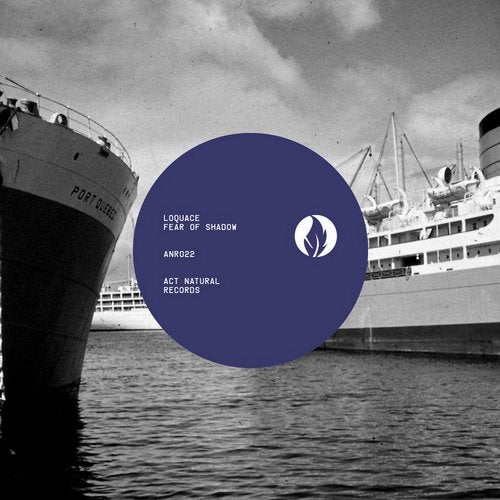 Castagnet Loic AKA Loquace is a producer who's enjoyed a pretty impressive time of it lately, with his melancholic and
emotive take on house music endearing him to many a seminal imprint. One such label is British label Act Natural, for
whom the increasingly prolific Frenchman marks his return here courtesy of the stunning Fear Of Shadow EP, a
three-tracker that's high on classy, cultured vibes from the get-go.
''It Feel'' (a collaboration with British producer Stuart Hawkins) opens up matters, with its strident pace setting the tone
for what's to come. Bulging with firm kicks, a series of intricate drum patterns and an occasional vocal flourish, it wraps
the listener in a warm embrace that gets even sweatier and captivating the longer it leads us astray. Full of various
nooks and crannies and emotive, ominous tones alike, it's indicative of Loquace at his brutal and brilliant best.
Ubiquitous percussion is then the order of the day on ''Fear of Shadow'', as the main man allows a barrage of canny
drums to rule the roost, before a subtle, humming bassline plays a focal role underneath, lending matters a tangible
human feel in the process. Dan Farserelli is another man who's name is increasingly coming up in influential circles, and
he does his own rep no harm at all thanks to his spiky and shimmying take on the latter. Oddball synths play their role, and while he decides not to jettison the original's vocal stabs, the overall vibe here is of a multifaceted effort that fits
perfectly into the Act Natural back catalogue. As ever, it's emphatic stuff from the label - and all three men involved.